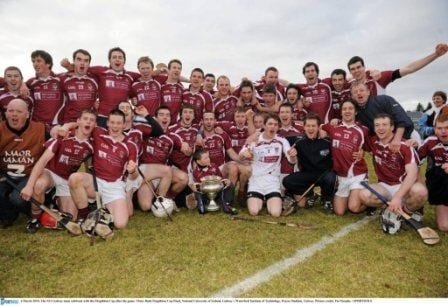 NUI Galway are up against it at half-time in the Fitzgibbon Cup as they trail defending champions Mary Immaculate, Limerick 1-10 to 0-8 in their final Group D encounter.

The Galway college need a result to advance to the knock out stages and send the title holders packing.

Darragh Burke has been among the freetakers but five Aaron Gillane scores gave the hosts a 0-6 to 0-3 lead on 12 minutes.

However, against the wind, NUIG stayed in touch and only trailed 0-8 to 0-6 on 20 minutes before Colin Guilfoyle struck Mary I’s goal two minutes later to put the distance between the teams and they’ve maintained that five-point cushion at half-time.

The Mary I team for this afternoon's Fitzgibbon Cup group game against NUI Galway. Throw in is 2pm. pic.twitter.com/NzUCn7QZss