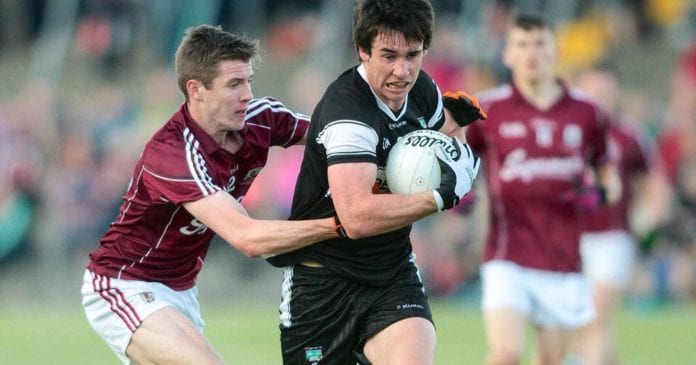 It was as easy as the score suggested in Pearse Stadium as Galway cruised through this semi-final and set up for a third consecutive decider with Roscommon.  Kevin Walsh’s team put the boot down building up a 10-point margin before Sean Kelly got an injury time goal to make it 1-15 to 0-6 at half-time.

Ian Burke enjoyed his best spell in the third quarter getting the second major on 51 minutes before Damien Comer capped off a brilliant performance with two more green flags for a comfortable 21-point victory.

Galway were red hot favourites but more was expected from Sligo.  Unfortunately, the Division Three county produced a performance as poor as their league status suggested.  But it shouldn’t be lost on Tribal followers that Sligo still registered 1-12 (the same Galway scored against Mayo) and hit 13 wides.

The Tribesmen were criticised for their defensive structures, especially in the previous round.  But there was nothing negative about this game that produced 41 scores.  Shane Walsh and Sligo’s Adrian Marren traded minors in the first two minutes but that was as good as it got for the Yeats County.

But another five unanswered for Eamonn Brannigan (3), Johnny Heaney and Walsh gave Galway a double-digit advantage before a Liam Gaughan brace and Marren left it 0-13 to 0-6 approaching the break.

However, McHugh and Heaney increased their tallies before Comer set up Kelly for the first goal before half-time.  And even though Kyle Cawley scored Sligo’s goal just 59 seconds after the restart, two from Burke, Walsh and Kelly had it 1-19 to 1-9 before Burke got the second Galway goal.

Comer added two goals while Walsh, Cooke and substitutes Patrick Sweeney, Frankie Burke and Gary O’Donnell allowed Galway run out easy winners.  Galway are All-Ireland contenders but Roscommon will be a different challenge on June 17th with the Connacht title and the ‘Super Eights’ the prize on offer.