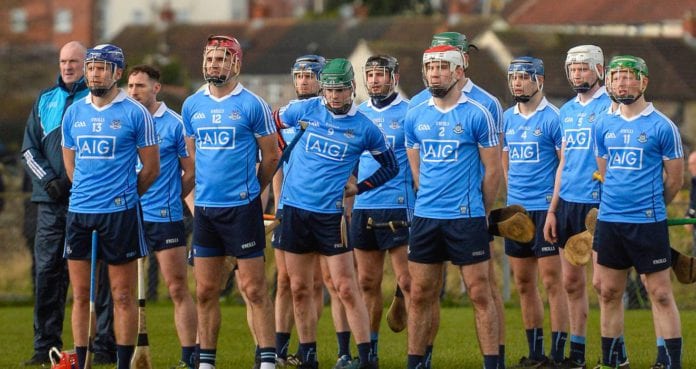 Dublin hurling manager Pat Gilroy has made five changes to his starting line-up for this Sunday’s meeting with Galway in Parnell Park (2pm).

Here is the Dublin Senior Hurling starting XV for this Sunday's NHL clash with @Galway_GAA in Parnell Park! #UpTheDubs pic.twitter.com/0KXbjBCfP6

Craobh Charain’s Darren Kelly comes into the team at wing back with Tomas Connolly moving to midfield to partner Fiontan McGibb.

Connolly and McGibb played against Limerick in defence and attack respectively and they replace Cian McBride and Niall McMorrow.

There are four changes to the attack as Fergal Whitley, Cian Boland and Donal Burke also make way.

Lucan Sarsfields’ Paul Crummey comes into the team at wing back while the team boasts a completely new inside line in Ronan Hayes, Ryan O’Dwyer and Paul Winters.

With the Cuala contingent absent, Gilroy also has to plan without his DCU players which makes Eoghan O’Donnell’s positioning at number four interesting.  DCU take on UL in the Fitzgibbon Cup Final in Mallow on Saturday at 3pm.

The Galway team is expected to be announced on Friday night but Elvery Sports have released the new Galway away jersey for 2018.