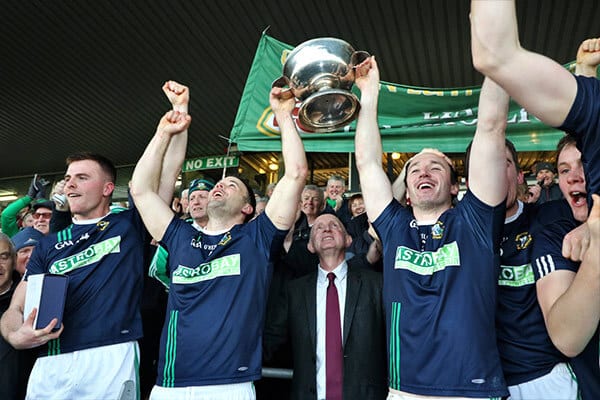 The County Senior and Intermediate Hurling Championships will commence on the weekend of April 7th/8th with 18 games fixed over the two days.

Mellows get back in action on April 8th as they take on Craughwell #KingfisherRenmore pic.twitter.com/v0OAu4FbzT

It’s the second game in a double header proceeded by the Senior B meeting between Clarinbridge and Killimordaly at 4pm.

2017 runners-up Gort also see action on the Sunday when they take on the other top four team from last year Cappataggle in Duggan Park at 2.15pm.  That’s also part of a double in Ballinasloe with previous winners Portumna and Sarsfields facing off at 12.30pm.

2016 champions St. Thomas begin their campaign on Saturday, 7th April when they take on Kilnadeema/Leitrim in Kenny Park at 5.45pm.  And they’ll be joined by the Senior B clash of Ardrahan and Padraig Pearses at 4pm.

Newly promoted intermediate champions Ballinderreen will commence their assault on senior honours on Sunday when they tackle Turloughmore in Pearse Stadium at 2.15pm.  That will follow the intermediate showdown between Sylane and Oranmore/Maree at 12.30pm.

The boom is back #Parish #Family #Celebrations #Ballinderreen #Champions pic.twitter.com/aYGazTHP4q

Action begins on Saturday at 4pm with six games spread across the county in Duggan Park, Kenny Park, Carnmore, Ballinderreen, Gort and Pearse Stadium.  Four of those venues will provide double headers before another four cards hosts eight games on Sunday.

Galway Daily will be previewing both competitions next week and giving our thoughts on who we think will emerge victorious.