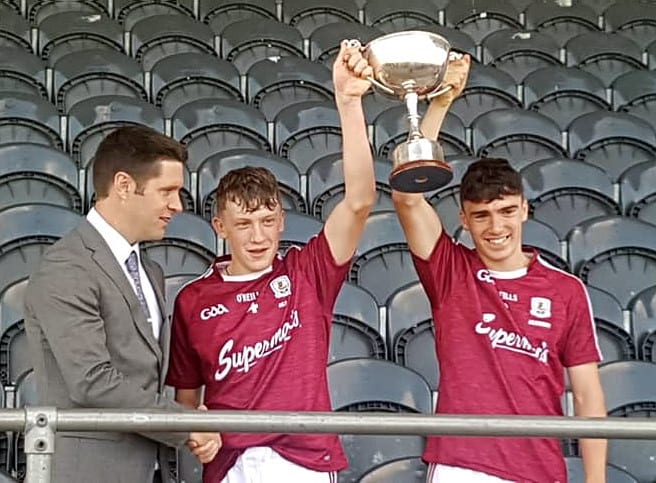 Just six days after the under 17s won the All-Ireland title in Croke Park, Galway’s under 16s gave a sign that the three-in-a-row could be on as they won this prestigious tournament in Mallow.

A Patrick Cummins goal and seven points from the accurate Sean McDonagh put Brian Hanley’s team ahead 1-7 to 0-3 at half-time.

And even though Jack Cahalane hit back with a second half Cork goal, the visitors were always in control and took the win and another national title for Galway.

Thanks to Joe Keane was supplying us with these two pictures.