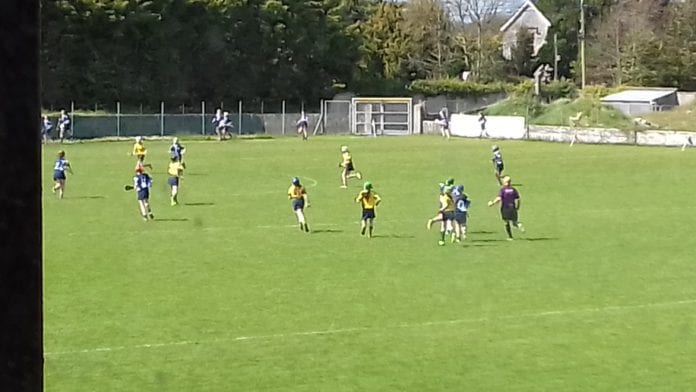 Another hat-trick hero was the difference as Skehana/Menlough clinched their county camogie title in Ballinasloe.

Bronnagh Moore struck three goals to give the north Galway team a comfortable margin against a young Craughwell outfit.

This was Craughwell’s second side as their ‘A’ team face Shamrocks in the A1 Cup Final and Skehanan/Menlough showed their superiority from the start with Rachel Melody pointing after just four minutes.

Skehana/Menlough threatened an early goal as Jacquelin Glynn, Issa Harun and Tani McCormack created an opportunity but Glynn took Melody’s ball to get their second point on 13 minutes.

And 60 seconds later, Skehana/Menlough were rewarded with thier first goal.  Wing back Clare Glynn launched the attack down the left and it eventually broke for Moore whose ground stroke found the net.

Clare Glynn was the provider again for McCormack to make it 1-3 to 0-0 at half-time and Moore came close to her second major two minutes after the restart.

But after good work from Lauryn McHugh, Moore’s goal did come on 24 minutes to put them nine points clear before she got her hat-trick off the ground three minutes from time to give them the title.