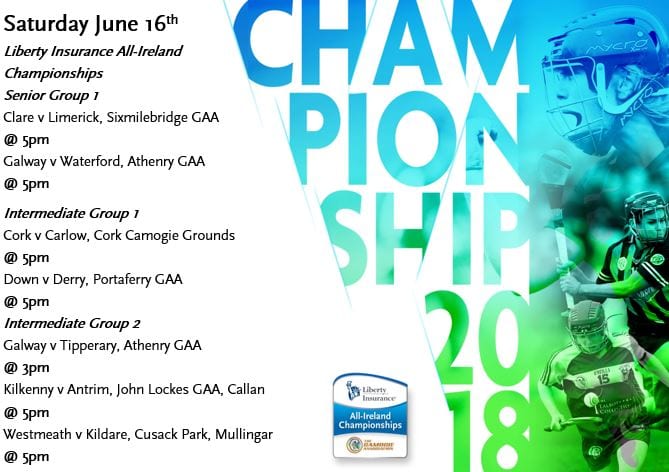 Galway’s intermediate camogie team has been announced ahead of their Liberty Insurance All-Ireland Senior Championship opener against Tipperary on Saturday (16th June).

It’s the first of five games for the Tribeswomen with further games to come against Antrim, Kildare, Westmeath and Kilkenny.  The top two teams qualify for the semi-finals with the finalists competing in Croke Park on Sunday, 9th September.

Noel Finn is back as a Galway manager after leading the seniors to All-Ireland finals in 2010 and 2011.  And he also brought Roscommon’s juniors to GAA headquarters in 2015.

But before the maroon and white’s last intermediate success in 2013, Finn was in charge when they were champions in 2004 and 2009.

The 2018 squad is captained by Mullagh’s Ciara Donohue, sister of senior Aoife.  And the defence includes the consistent Lorraine Coen and Eva Gilmore at centre back.  Davitts’ Tara Murphy returns to inter county actions after playing in the 2017 league.

Liam Mellows and Castlegar combine in midfield as Sinead Minihan partners Elisha Broderick.  And the attack contains Karen Kennedy, Rachel Monaghan and Tara Ruttledge, who scored a goal in the 2011 All-Ireland senior final.

And with Dervla Higgins and Aoife Lynskey included among the bench, confidence is high that the Tribeswomen will have a serious chance at competing for the Jack McGrath Cup.

The senior team to take on Waterford is expected to be announced at 5pm.

Galway meet Tipperary in their opening game of the 2018 Liberty Insurance All-Ireland Senior Camogie Championship on Saturday, 16th June.  Throw-in in Kenny Park, Athenry is at 3pm and will be followed by the senior clash between Galway and Waterford.