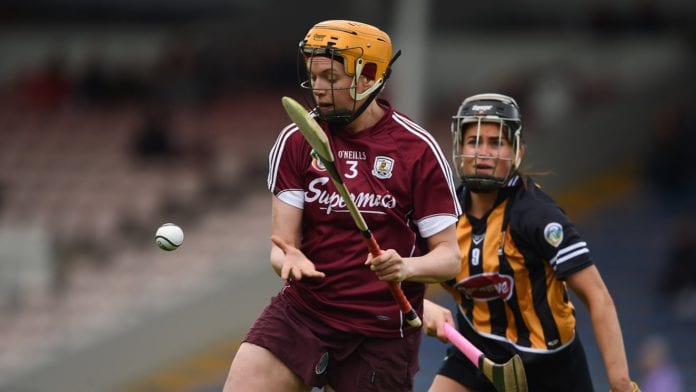 The All-Ireland Senior Camogie Championship will see all knockout games broadcast live on RTE in 2018.  With Galway among the favourites, it means Cathal Murray’s charges could be in front of the television cameras on three occasions before September.

Of course, if the Tribeswomen top their group including Clare, Waterford, Limerick and Kilkenny, they won’t need to be involved in the quarter-finals on Saturday, August 4th but camogie’s exposure on television continues to grow.

Galway captain Sarah Dervan was among the attendees at Thursday’s (31st May) launch of the All-Ireland championship that saw the Camogie Association announce that Liberty Insurance has agreed a new sponsorship deal to extend their partnership for a further three years.

Liberty Insurance first came on board as sponsors of the All-Ireland Camogie Championships in 2013, during which time the competition has experienced huge growth in popularity with both attendances and media coverage growing significantly.

“Liberty Insurance have been a great partner of the Camogie Association over the past five years and I am delighted that we are extending this partnership for the next three years,” said Camogie Association President Kathleen Woods on their official website.

📣 Read all about the announcement of new @LibertyIRL sponsorship of the All-Ireland Camogie Championships for the next 3 years ➡️➡️ https://t.co/RUIGwuTq8r #Camogie2018 🎉🎉 pic.twitter.com/b3C0GMieWk

“Camogie has achieved huge growth over the last number of years, with more people watching and playing than ever before.

“I am also very pleased to see the continued support for our game and the opening weekend of fixtures promises to whet the appetite for the summer ahead as we look forward to another exciting Championship.”

Galway begin their 2018 All-Ireland Senior Camogie campaign against Clare on Saturday, 9th June.  Throw-in at Pearse Stadium is 5pm and will form a double header with the Leinster Senior Hurling clash of Galway and Dublin at 7pm.