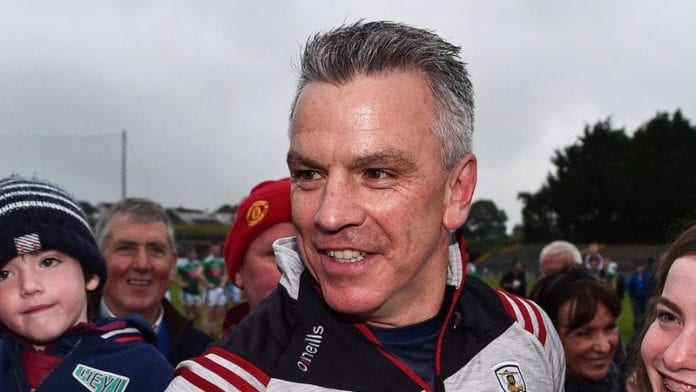 Galway GAA looks like it has decided to promote from within for the position of Galway Senior Football Manager with Padraic Joyce recommended for the top job.

The current U20 boss has been recommended for the Senior Football Manager position and will almost certainly have that ratified at a meeting of the county board next Friday.

Alongside Joyce as manager, John Divilly, Michéal Ó Domhnaill and John Concannon have also been put forwards as selectors for the senior team.

Joyce led the U20 Galway side to claim the Connacht title this year, and has also been an important player on the field for Galway in the past, playing a part in winning two All-Ireland titles.

He’s stepping up to the senior post after the departure of Kevin Walsh in September. Despite a disappointing summer Walsh’s tenure was marked by two Connacht titles and promotion back to Division 1 of the league.

A brief statement from Galway GAA was released on Friday which said “Following interviews for the position of Galway Senior Football Manager, the interview Committee will be recommending Padraic Joyce and his selectors John Divilly, Michéal Ó Domhnaill and John Concannon for ratification to the Management and County Committee at their meeting next week.”

“Galway GAA would like to thank Liam Kearns for his interest in the fortunes of Galway and wish him well in the future.”