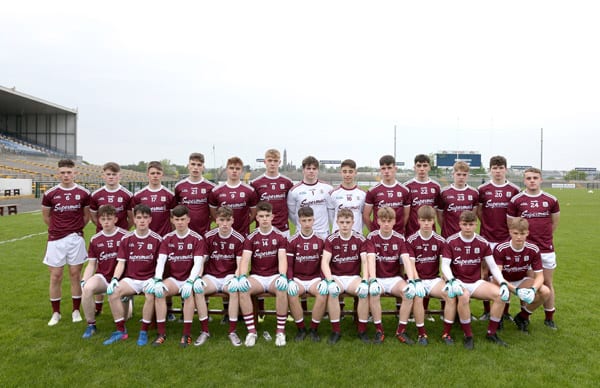 Galway’s Minor Footballers will face off against either Mayo or Sligo next month in the Connacht Final.

The Connacht Final of the GAA Minor Football Championship will take place on July 7.

Mayo and Sligo will face off in the second semi-final match at McHale Park in Castlebar on Wednesday June 26, throw in at 7:30pm.

The Galway minors secured their place in the final last week with a dominant victory over Leitrim in Tuam Stadium.

The home side had it all their own way, with Leitrim not scoring until the 29th minute of the first half.

Grainger, McGrath, Ó Seoighe, and Culhane were the goal scorers with Grainger putting it over the line twice, while Tomo Culhane scored 1-9 including six frees.

VIDEO: Damien Comer discusses family & why lifting Connacht Cup in 2018 meant so much

Damien Comer has given an insight into his footballing career along with how he has coped over the past few months without the regular...
Read more
GAA

Joyce confident Galway at no disadvantage against Mayo

Galway Manager Patrick Joyce is confident that they aren't at any major disadvantage against Mayo this weekend, despite the different amount of playtime they've...
Read more
GAA

Galway GAA has named the line-up of the senior football team that will face Mayo in the Allianz League this weekend.Galway and Mayo will...
Read more
Facebook
Twitter
Pinterest
WhatsApp

Coronavirus: No deaths and just 5 COVID cases in Galway

There have been been 252 new cases of COVID-19 reported by the Department of Health today, but no further deaths due to the disease.Of...
Read more

While people are waiting to see when they will be able to enjoy a night out again, Galway's stylish Hyde Bar are helping people...
Read more