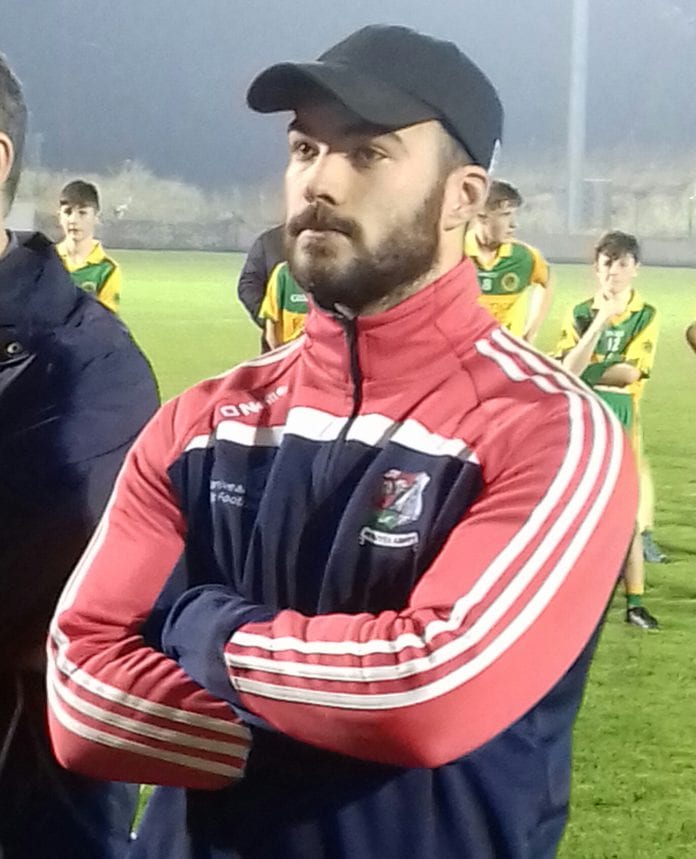 Monivea/Abbey stayed out on the pitch at half-time as they tried to drive home their advantage after letting St. Gabriel’s back into contention.

A strong start for James Mannion’s men allowed them 1-3 to 0-0 ahead after 10 minutes but they didn’t score again in the first half.  However, the trick worked as they struck four early second half white flags to seize complete control of this league final.

It was the start of the good week for Monivea/Abbey’s young charges as they defeated St. Gabriel’s again three days later (Sunday) in the under 16 league.  And Mannion believes their work rate and enjoyment are the key ingredients for their success.

“When you’re going so well on the pitch, you don’t want to leave it,” said Mannion when asked about keeping them out on the field at half-time.  “The boys just drove on and finished it and thank God for that.

“It’s a great bunch of lads.  The real driving force in them is their work rate.  They just work so hard and they all really enjoy playing football.  And they’re just a nice group to train.  And I think they showed on the pitch that they just enjoy every single minute on the pitch.

“That’s the disappointing aspect of the game (their six first half wides).  And it’s something we’re going to have to look at going forward.  We’re playing these boys again on Sunday.

“And both panels are majority under 15.  We’re going to look at that again and hopefully we’ll rectify it for Sunday (under 16 league win).”