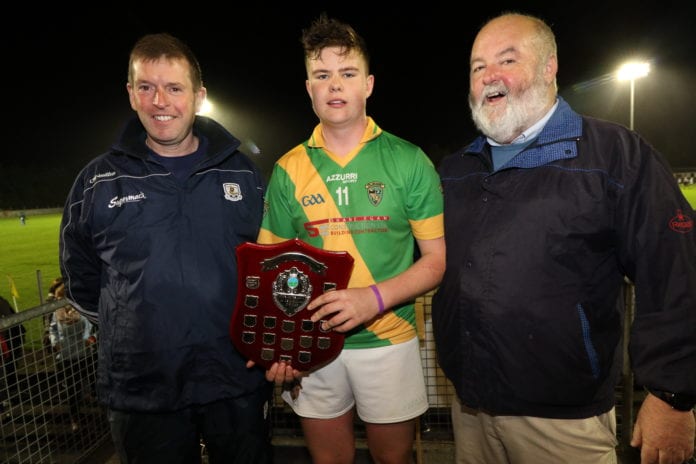 Kilconieron took county shield honours with a strong second half performance to run out six-point winners in Duggan Park.

After the sides were level at 0-8 to 1-5, a Michael Cusacks goal just after half-time put three points between the teams.  But Kilconieron rallied from there to outscore their opponents 1-8 to 0-2.  Keith Burke was the Man of the Match.