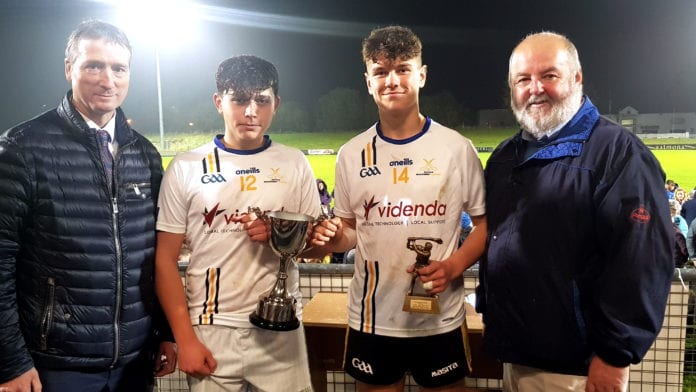 Skehana/Mountbellew-Moylough’s under 15 hurlers became the first team since their merger (Skehana and Mountbellew/Moylough) was made to clinch county glory after this comprehensive victory in Duggan Park, Ballinasloe.

Three first half goals sent them on their way and they added the fourth in the second half before heading on a parish homecoming tour the following Sunday.  Shea Fallon was named Man of the Match.