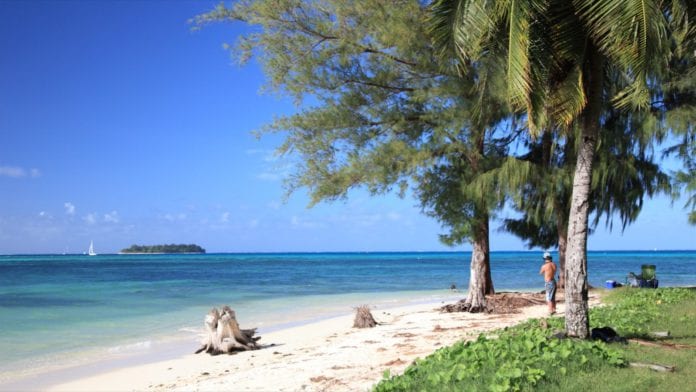 And with that, it was all done!  Viva Le France as Paris sang to the sound of football.  Thirty-one days gave us twists and turns, hopes and (for some) dreams.   The football didn’t come home but the festival will be fondly remembered.

Everybody has events that get them reflecting, thinking about where they are and where they’ll go next.  For me, the World Cup would be one.  It’s always a sad day when the competition finishes because you know it’ll be four years before the music hits again.

I’ll be 44 then as a Christmas World Cup in Qatar means my birthday will pass before the global event.  My first one in 1986 was my only with a single digit age and my 10th will see me half way into my 40s.

I might settle down 😀 .  Well, I’d like to think I’ve started that process.  Definitely have more nights in than out these days and I’m not complaining.  But we’ll still go wild once in a while to maintain that reminder that the springs of youth still flow inside all regardless of age.

Of course, with nine World Cups behind me, it gives me 32 years of reflection and watching Roy Keane battle with Ian Wright on ITV last week after Croatia ended England’s dreams brought me to the inevitable destination any Irish football fan over 25 will never forget – Saipan!

All he got in response was his accent mimicked, he's too negative, shit manager, 5-1, Saipan

No-one is taking on Keane's argument. Keane wins the argument

I don’t think anybody younger than that can fully comprehend how split down the middle this country was when Ireland’s captain Keane and manager Mick McCarthy’s relationship blew up on a Pacific island one week from the World Cup resulting in the former going home.

Regardless whose side you were on, we all remember falling out with friends and family (and it wouldn’t be a lie to say some rifts haven’t healed after 16 years).  It felt like civil war without the gunfire as everyone argued over who was right or wrong.

The most shocking tragedy this millennium occurred nine months earlier with the terrorist attacks on the USA leading to the Twin Towers being destroyed.  But Keane’s fight with McCarthy still got more newspaper columns.  It was that serious, and ridiculous, when put in context.

I can’t help but feel that this was simmering from events that took place in the Netherlands in September 2000.  Ireland played Holland, the team they would eventually eliminate, in the opening qualifying game for the 2000 World Cup in South Korea and Japan.

Fellas do be sitting on the ground outside Larry Hogan's at 3am on a Saturday night thinking about what could have been if Roy Keane didn't walk out in Saipan 2002.

We went 2-0 up in Amsterdam through Robbie Keane and Jason McAteer on 65 minutes and looked set for a stunning win.  Then Holland came back and scored twice to level the match ending 2-2 and we had to make do with a point.

And what did start doing?  We started celebrating!  Seriously or as my friend Simon King would say “I s*** you not.”  We started jumping around the place like bloody eejits as though we’d won the World Cup or the All-Ireland title in Croke Park.

Now, even though I was pro-Keane during Saipan, I think Mick McCarthy is a fantastic manager.  He did a very good job rebuilding Jack Charlton’s team to produce a good young side, attractive to watch, who were unlucky (and naïve) not to play in more major tournaments.

McCarthy was only four years retired and had just managed Millwall before getting the Irish gig.  He did a lot of good things in his six years but I think he would tackle some things different now if he ever got the chance again.  And I hope he does.

While I’ve never being a supporter of someone coming back to a role, McCarthy has proven himself since dealing with tight budgets and squad limitations, as well as enhancing his stubbornness, that he wouldn’t allow Ireland to have an inferiority complex anymore.

We’ve just witnessed a World Cup where Croatia, a country comparable to our size, were in the World Cup Final.  But for the last few years, we hear Irish managers telling us how great Poland, Wales, Serbia and Denmark are.  We convince ourselves to be afraid of them.

Now, you should respect the opposition and be weary of their strengths.  But damn it, you don’t give them a shrine and bow down.  The teams under Charlton and McCarthy didn’t do that.  They just enjoyed the craic too much and any excuse to celebrate.  Keano is cut from a different cloth.

I think we’ve all seen Roy mellow over the last few years even if the ‘old face’ returns once in a while.  In fairness, after sitting in a studio with Ian Wright for a month, wouldn’t you be mad to let off some steam.

They had a dispute and all Wright could do was impersonate (badly) Keane’s accent.  He was a fantastic footballer and an Arsenal legend.  But for the life of me, I don’t see what he brings to ITV’s set-up.

Anyway, we saw England getting carried away and for a brief spell, like Ireland possibly winning the Eurovision again, we started to believe it.  But then it didn’t happen.

But if I have one wish from this World Cup finishing, it will be for Irish manager Martin O’Neill to quit the negative bull, sideshows with Tony O’Donoghue, and bring a bit of bite to this team.  No, we aren’t as good as the sides gone by.  But we’re not worse than half the European teams that played in Russia.

Whether we win or lose, I just want us to believe we can which only happened for a few fleeting days in France in 2016 when we beat Italy before succumbing to the hosts.

The World Cup is over but a new look Nations League and Euro 2020 will fill many gaps.  Russia 2018 was much better than we feared and showed that international football can still give us moments to cherish.

Finally, like many people, I decided to scribble together my team of the tournament and I’ll probably get in trouble for naming four English players.  But these are the 11 who impressed me over the last month.