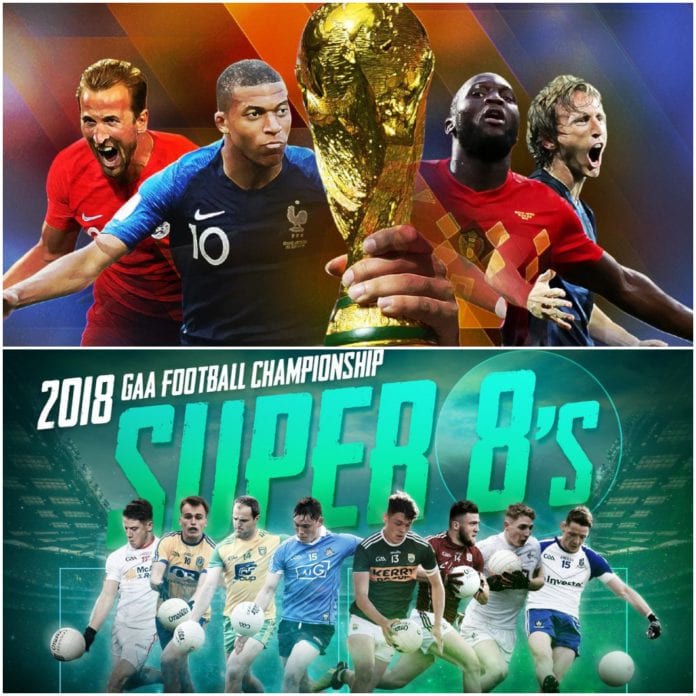 By the time many people read this, that opening headline could be pointless, the question could be answered and another period of hype will have faded into memory with a glorious exit for our neighbours across the water.

England play their biggest match in 28 years when they meet Croatia in tonight’s World Cup semi-final and France are waiting in the decider.  It seems all set up for a team lacking star names who are supposed to be using this tournament as a transition to Euro 2020 and the Qatar World Cup.

Sure, they’re managed by a guy famous for missing a penalty the last time they reached the semi-final of a major tournament but Gareth Southgate has really galvanised the troops, and the country.  And they will be singing all night should they reach a first final since (and you have heard of it) 1966.

Imagine if England won the World Cup and Southgate said ‘Fuck Brexit’ in his victory speech. That’d be a pretty good day.

I’ve never really subscribed into the let’s hate England’s soccer team mentality that many friends and peers enjoy.  Yes, I do engage in a good old-fashioned ribbing from time to time but I consider hating their soccer team pointless when Irish fans make regular trips across for Premiership games.

I’m not going to start a rant about why pubs fill to watch Liverpool or Man United (I support the latter myself) and only 800 go see Galway United.  I understand why we do as our top internationals ply their trade there.  But some heroes can’t suddenly be “p*****” because they put on a white shirt.

I’ll never forget a night out years ago when I would have been drinking heavily and football matches in the pub were another excuse for Guinness.  A close friend (no names, no venue, just a story) was roaring such abuse at Stephen Gerrard on the television, I thought the player must have cheated on his sister.

Every name came out over 90 minutes of an England friendly.  However, and this is the great irony, my friend was a Liverpool fan.  He wore the jersey with pride and when Gerrard scored a screamer in the FA Cup final a few months later, he was jumping for joy claiming he was the best in the Premiership.

Tonight, we’ll all sit down and watch, even the non-soccer fans, out of curiosity, because we want to see the drama unfold.  Whether England are the heroes or villains of the piece is up to you to decide, but everyone wants to see how it works out.

It wouldn’t even have to be England as the World Cup is a sporting spectacle that brings all supporters together.  I remember we had a great night out for the Italy vs France 2006 World Cup Final including many people who’d only watch a match once every four years.

And it’s that reason alone that I just can’t understand the GAA in fixing the Galway vs Kerry match (or any for that matter) on at the same time as the World Cup Final.  It’s not as though they didn’t know the World Cup Final would be on then as FIFA did fix their schedule before the GAA did.

And don’t tell me the Dublin game’s move to Saturday has nothing to do with events in Russia!

There are diehard Galway fans that don’t care and they’ll be in Croke Park along with similar Kerry stock.  But on the first weekend of the Super8s, wouldn’t maximising coverage be a priority if this new format it to stick.

Don’t get me wrong, this isn’t Darren giving out because he can’t watch both games.  I’ve always felt common sense needs to be used in fixing games clashing with events known in advance.

I don’t think any county should play club games the day of the All-Ireland Hurling and Football Finals.  Galway GAA have done this in the recent past as have Galway camogie.

And counties shouldn’t fix club games if they are participating in the All-Ireland camogie or ladies football finals.  Galway GAA’s fixing of a Salthill/Knocknacarra senior football semi-final in 2013 meant Seamie Crowe, a camogie selector, had to miss the biggest day in Galway camogie’s history.

The government make certain sporting events free-to-air because there is a mainstream interest.  The All-Ireland Finals and World Cup Final are examples.  There’s no point giving out about Sky Sports having GAA matches when other events important to sports fans aren’t being respected.

Either way, we’ll all sit down and watch England vs Croatia tonight.  And we’ll wave red and white Cork flags for our Eastern European neighbours or some will dare start singing ‘Football’s Coming Home.’  I still wouldn’t be rushing out to bet on it happening yet.  But it could!