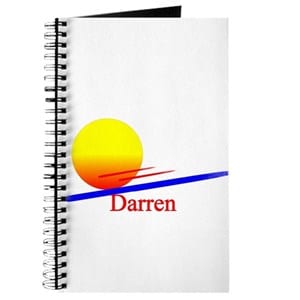 Well, if you love sport, you’ll have loved the last week and on top of all that, we’ve Ballybrit and the Galway Races to maintain that summer feel despite the weather finally reawakening from a slumber that confused Irish folk with its continental drift.

It still feels strange that we had an All-Ireland semi-final in July and in two weeks, it’s going to be stranger getting ready for an All-Ireland Senior Final with no signs of school uniforms in sight.

Of course, we need to get there first and that’s no certainty.  Ninety minutes of magic also came at a cost and how much damage was done to possible injuries won’t be known until the teams line out in Thurles.  Sunday is all about the hurling even if half an eye might still be racing.

I wouldn’t envy the GAA fixtures committee their position as they always seem to make the wrong call.  But for the life of me, I don’t understand their thought process.

A month ago, they decided that Kildare couldn’t host their football qualifier with Mayo because the capacity was too small leading to the ‘Newbridge or Nowhere’ campaign.  They hadn’t stated any conditions beforehand so fair play Kildare for winning their battle.

But there were no restrictions for the Galway vs Clare hurlers and Croke Park is sitting idle next Monday (Bank Holiday).   The drawn match attracted 54,000; the same pitch is available; why in the name of himself is it fixed for a ground that holds 46,000?

Some have commented on Dublin’s game with Roscommon but this has nothing to do with that.  Once Croke Park was designated Dublin’s Super8 home venue, they are entitled to have their Sunday.

But Croke Park isn’t open Saturday and it isn’t open Monday!  I can understand GAA authorities might have been thinking about bringing them closer to home.  But if that was a factor, why wasn’t it played in Semple Stadium originally.

An organisation that should be thinking about distance travelled to venues is the Camogie Association ahead of this Saturday’s All-Ireland senior quarter-finals.  Galway are playing Dublin in Cork!  Yes, you read that correctly!

The Camogie Association deserve immense credit for securing LIVE! television coverage for more than just the Croke Park finals and they will be showcased on two coveted Saturday night slots on August 4th and 18th.

But how good is coverage if you’re looking at a near empty ground.  And why wasn’t a thought spared for the travelling supporters when these fixtures were made.

I can’t imagine that a venue needed to be decided before the announcement of the games on RTE.  I was recently in Nowlan Park for Kilkenny vs Galway.  And while we were disappointing, the atmosphere was electric.  The Camogie semi-finals haven’t felt the same since leaving there some years back.

But if Pairc Ui Chaoimh, which is a fantastic venue, was set in stone, surely the Galway vs Dublin game could have gone on first.  I can understand this game looks the bigger draw with both being in the 2017 All-Ireland semi-finals.  But all that seems to have been achieved is guaranteeing people will stay home.

Those cheering Galway and Dublin are highly unlikely to get home before 12am and that’s hardly ideal if they were considering bringing children.  This could have been planned much better.

The camogie is getting a right go this week but when I got phoned about this on Thursday, I shook my head.  This is the last round of group games in the intermediate championship and originally, they set the games for Saturday, the same day as the camogie quarter-finals.

Requests went in to move it to the Sunday before Galway and Clare’s senior hurling replay was announced.  But now subsequent requests, and we believe both teams are happy to move it forward to 12pm, has been denied.

So, Galway face Kilkenny in the Liberty Insurance All-Ireland intermediate championship this Sunday at 2.30pm in Kenny Park, Athenry.  And Galway face Clare in the All-Ireland Senior Hurling Semi-Final at 2pm in Semple Stadium.  What would you pick?

I’m not a massive racing fan but I’m enjoying the craic playing tipster this week.  We started off nicely with seven winners in the first two days but it’s slowing up since.  It’s a sharp reminder that no matter how good you think you are, you can’t beat the bookies!

So, just enjoy the day and the weekend!  I’m going to!  Previous readers of Darren’s Diary will know why!