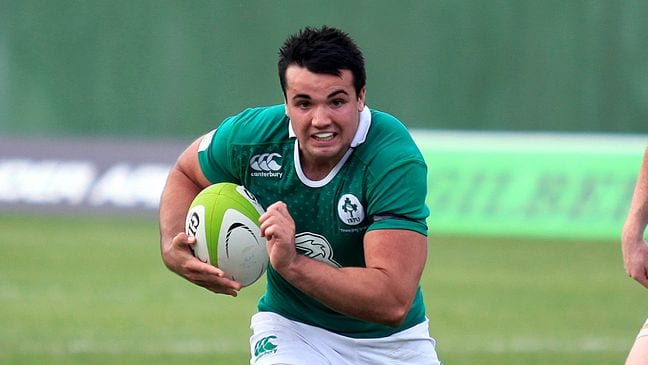 Cian Kelleher’s injury after just 27 minutes against Leinster is the most serious update on Connacht’s squad fitness ahead of their third interprovincial clash against Munster on Saturday (6th January, 7.45pm Thomand Park).

The winger, who sustained a head injury, misses the game and will follow return to play protocols after being replaced by Niy Adeolkun the last day.

Also in the back three, Rory Scholes has returned to full team training following his appendix surgery and Cormac Brennan will return in February following shoulder surgery.  Outhalf Steve Crosbie will be out of action until the end of January with a knee injury.

Eoin McKeon is progressing well in his rehabilitation from a calf injury; James Connolly is continuing his recovery from a recent calf injury; while Sean O’Brien and Jake Heenan are recovering following shoulder surgery.

Munster have also issued a squad update but they’ve been dealt a blow after centre Sam Arnold received a three-match ban for his red card in their 24-17 defeat to Ulster and will miss this tie and their upcoming European games against Racing 92 and Castres Olympique.

Munster Head Coach Johann van Graan had a number of players reporting to the medical department after his team surrendered a 17-point advantage making it back-to-back losses.

Forwards Billy Holland, who was replaced after 22 minutes for head injury, and Chris Cloete, who reported symptons post-match, are following return to play protocols, and will play no part.

Calvin Nash (hip), Niall Scannell (ribs) and Tommy O’Donnell (shoulder) will need to be assessed further with the trio not expected to be available.  James Cronin, who was treated for cramp, is back training.

But on a positive note, Chris Farrell return to training after overcoming the knee injury sustained while playing for Ireland in the November internationals.