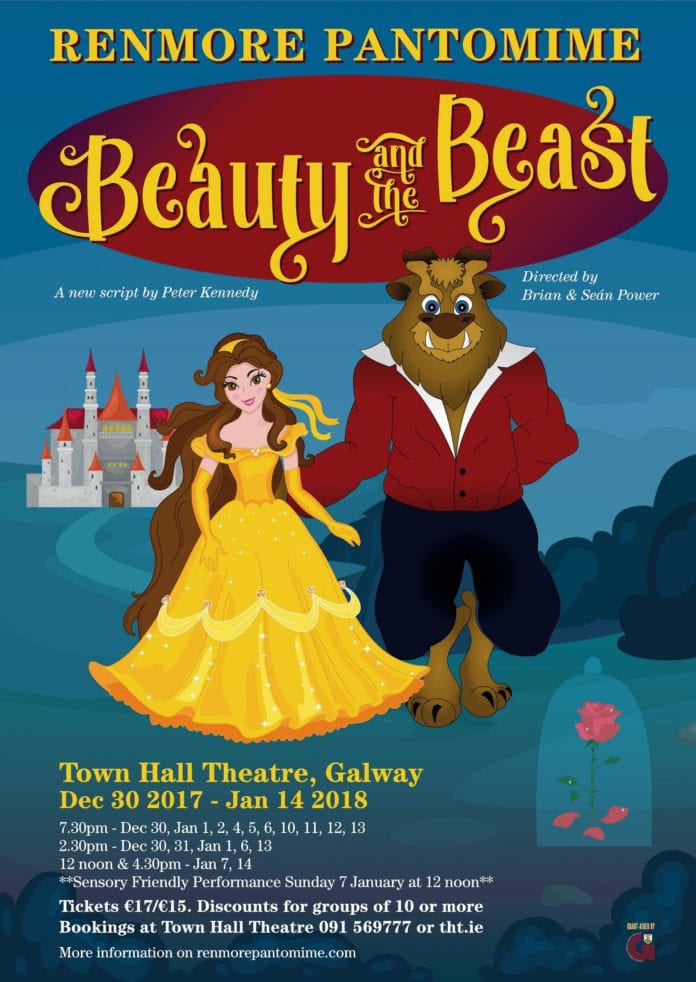 The midst of the holiday season and the New Year also welcomes the annual anticipation for kids and families of the Renmore Pantomime. The “Panto” is an extravaganza full of song, dance, laughter, and plot twists which, in its current form, developed in England in the 17th century. County Galway has only continued to adapt the panto with their own Renmore Pantomime, now in its 39th year presenting a modern-day twist on a tale as old as time.

This year’s Renmore Pantomime is a rendering of the classic Grimm’s fairytale Beauty and the Beast; “The script is based on a commonly known story, like Beauty and the Beast, but it’ll be full plot twists and modern cultural references with big song and dance numbers thrown in”, says actor Ellie Davis (the Witch). A newcomer to Galway, and to Ireland, this is Davis’ first experience with the Panto. “I was looking up theater auditions, came across the panto audition, and decided to give it a shot!” Davis says. “I’m loving being part of the panto. It takes a lot of energy, but I’ll have a bit of time to recharge over Christmas. Then I’ll be on 100%!”

A large part of the Pantomime is the involvement of the audience. This Panto is not for the shy, or the faint-hearted, and this audience involvement is part of what helps to make the Panto, well… the Panto! “The characters interact with the audience in various ways, and there are elements that come back every year,” says Davis. Elements such as call-and-response, booing the villan, cheering the heroes, and general exclamations throughout help to transport the audience into the storyline as almost mini-narrators. These outbursts help the story come to life, and create an atmosphere of what theatre and musical events in the 17th century would have been like. The Pantomime will not disappoint, and is the perfect form of entertainment on a cold, rainy winter’s night. 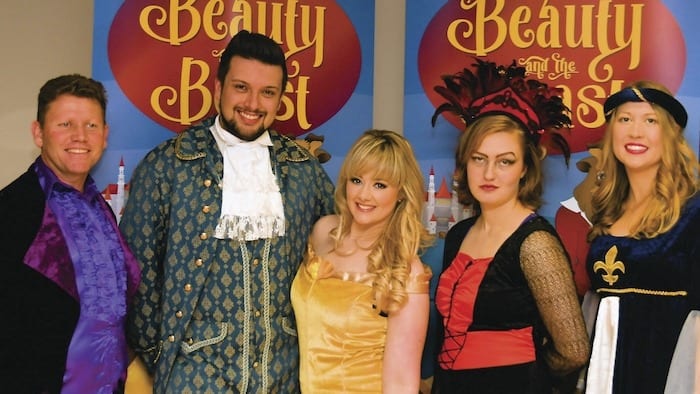 The actors involved have been rehearsing since October, right up until the opening night performance on the 30th of December. Each actor has a developed character, and has rehearsed together to try to

create a real-life fairytale for the theatre-goers. Davis, also a member of the Galway City Circus, says, “my character is the baddy, the Wicked Witch Evileena. Like any good villain, she has been wronged in life, so pretty much everything she does is driven by revenge. She is quick to get angry, so you don’t want to annoy her or she’ll put a curse on you. She spends a lot of time try

ing to get her way, but needless to say, things don’t necessarily work out the way that she thinks they are going to!” On the other hand, Daniel Boyne says about playing the Beast, “In my opinion, the beast is very complex. I feel he has the longest journey through the show from the spoiled cruel prince who becomes the hurt angry frustrated monster, to finally becoming the humble redeemed man at the end who falls for Belle. So he is a little bit of a roller coaster of emotions and issues! I really enjoy playing him as I feel it’s a challenge and not a typical cheesy panto character.”