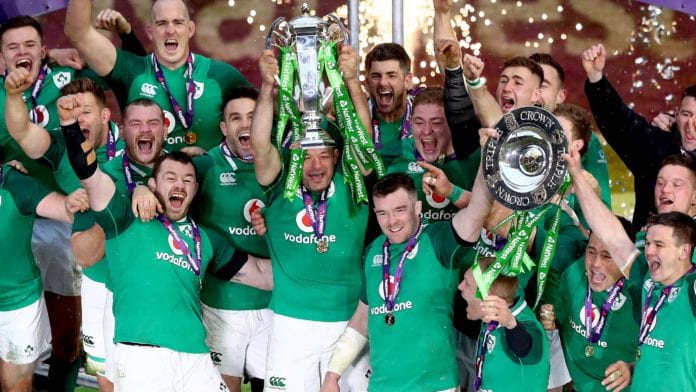 Following Ireland’s remarkable Grand Slam achievements, the Six Nations and Triple Crown trophies are touring the country and will be in Connacht for one week starting tomorrow (Thursday, 29th March).

Over the following seven days, the silverware will be on display at 24 events including this Saturday’s European Challenge Cup quarter-final between Connacht and Gloucester.

We can confirm that the Six Nations and Triple Crown trophies will be at the Sportsground for our @ERChallengeCup quarter-final with Gloucester on Saturday! 🏆

Various Easter Camps and the Women’s Cup Final in the Sportsground on Sunday will also welcome the trophies.  And there will be numerous trips to clubs around the province.

Dunmore will be the key Galway venue on Friday before it takes a trip around the rest of the county from Tuesday.  Details are shown below.

Connacht face Gloucester in the European Challenge Cup quarter-final this Saturday (31st March).  The game kicks-off in the Sportsground at 1pm.

Connacht countdown to Challenge Cup QF. Six Nations & Triple Crown trophies will also be at the Sportsground on Sat pic.twitter.com/I79gktKzgk