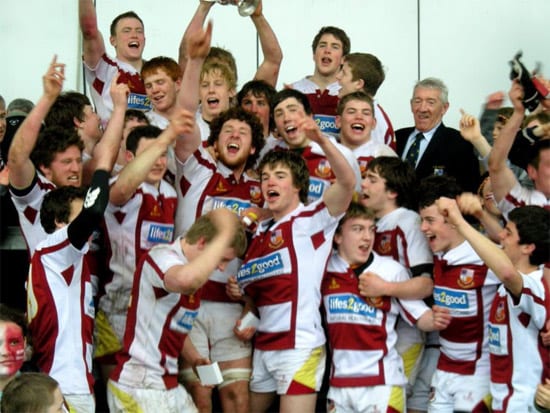 Garbally College, Ballinasloe will look to repeat Presentation Athenry’s performances last week as they go in search of a double in the Junior and Senior Cup Finals.

Garbally meet Marist College, Athlone in the Junior decider at 2pm before an eagerly awaited contest against another Galway outfit, Colaiste Iognaid (The Jes) at 4pm.

But before those games, Presentation College, Headford will look to pick up their own trophy when they tackle Gortnor Abbey in the Senior Development Cup at 12pm.

The very best of luck to our brilliant senior rugby team and management in the Connacht Cup Final tomorrow!! pic.twitter.com/DnIuiwmyRH

Headford cast aside HRC Mountbellew and Athlone Community College during the group stages to book a spot in the final four.  And they booked their place in the final after coming through Gallen CS 22-8.

Garbally College are defending Junior Cup champions following their 17-13 win over The Jes in 2017.  But they will be up against it when they meet Marist College who beat them in the 2016 final.

Garbally were winners over Summerhill and Sligo Grammar during the group stages before accounting for The Bish 43-7 three weeks ago and will hope to bring that form into the decider.

However, they will start as favourites against Colaiste Iognaid who are chasing a third consecutive title in a repeat of their epic clash in 2016 when The Jes came through 16-15.

The Jes retained in 2017 and remain unbeaten with wins over St. Gerald’s Castlebar, Sligo Grammar and Summerhill before coming through Marist 23-16 in the semi-final.

Garbally accounted for St. Muirdeach’s, Marist and CBS Roscommon to book their final four place before a dominant display in beating Sligo Grammar 57-0 in the final four.

Fixtures: Tuesday, 20th March (All in the Sportsground)