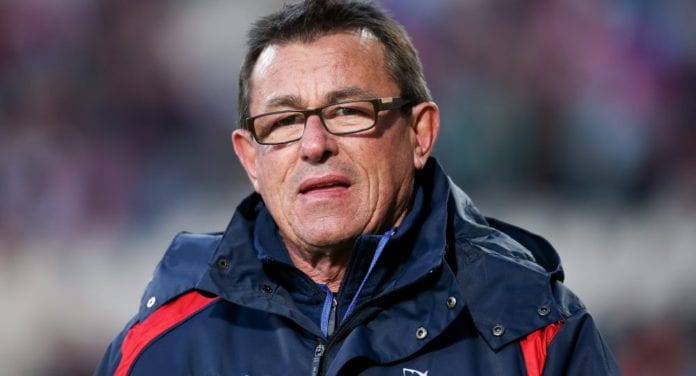 While no statement has been issued by Connacht rugby yet, it looks like Head Coach Kieran Keane’s time with the province is over after just one season in charge.

“Connacht are parting company with coach Kieran Keane after just one season of a three year-contract,” claims Brendan Fanning in the Irish Independent.

“A Connacht spokesman would not comment when asked about the New Zealander’s departure from the Sportsground, which is understood to be imminent.

“Despite signing off with a huge win over Leinster on Saturday, Connacht finished in second last place in their Guinness Pro 14 conference, one spot above Zebre. They qualified for the knockout stages of the Challenge Cup but were beaten at home in their quarter-final tie by Gloucester.”

According to @IndoSport, Connacht Rugby are parting ways with Kieran Keane after just one season of a three-year contract, with the departure from the Sportsground expected to be imminent 😳 pic.twitter.com/uXLziFd1rl

Keane’s departure comes as a major shock as despite a disappointing season, there was a feel-good conclusion thanks to their 47-10 win over Leinster and John Muldoon’s farewell in front of 8,000 supporters.

There was also highlights over the year including their 44-16 demolition of Leinster before Christmas and they went through the group stages of the Challenge Cup unbeaten before falling to Gloucester in the quarter-finals.

But they couldn’t mask over the fact that they finished only sixth in Conference A of the Guinness PRO14 just three points ahead of bottom side Zebre.  Indeed, their performances against the Italian outfit could have spell Keane’s departure following two disappointing and well below par defeats.

Even though they scored 53 tries, Connacht only won seven PRO14 games and suffered 14 losses.  And the province seemed to have decided he won’t get more time to implement his style of play despite that fact it took his predecessor Pat Lam three years before they were crowned PRO12 champions.

Connacht are set to hold off making a statement until compensation for the remaining two years of his contract are discussed between Keane and CEO William Ruane.  His backroom team of Nigel Carolan, Jimmy Duffy and Peter Wilkins have not been impacted.

Their faith will be decided after the appointment of the new Head Coach and it’s believed that Connacht acted now to remove Keane to give time for his successor to plan ahead of the 2018/19 campaign.