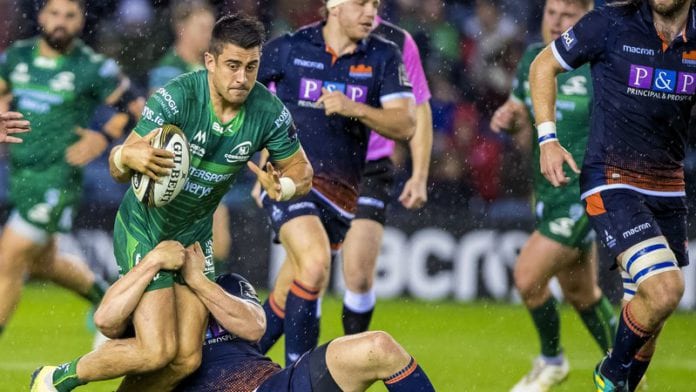 A Connacht fightback in the final 20 minutes of this game earned a losing bonus point against Edinburgh in Murrayfield.

Having led 17 – 0 going into the final quarter, the home side looked to be in control, but Connacht were right in this game up to the final whistle.

Edinburgh enjoyed the majority of first half possession but some brave defending in the opening 20 minutes managed to keep the Scottish side out. When Jarrad Butler went into the sin bin though, Edinburgh capitalise in the 25th minute when Duhan van der Merwe got in in the corner.

The out half then converted from the touchline and followed up with penalty on the stroke of half time to give the home side went in 10 – 0 at the break.

📝 MATCH REPORT | Connacht come away with a losing bonus point in Edinburgh after second half fightback.