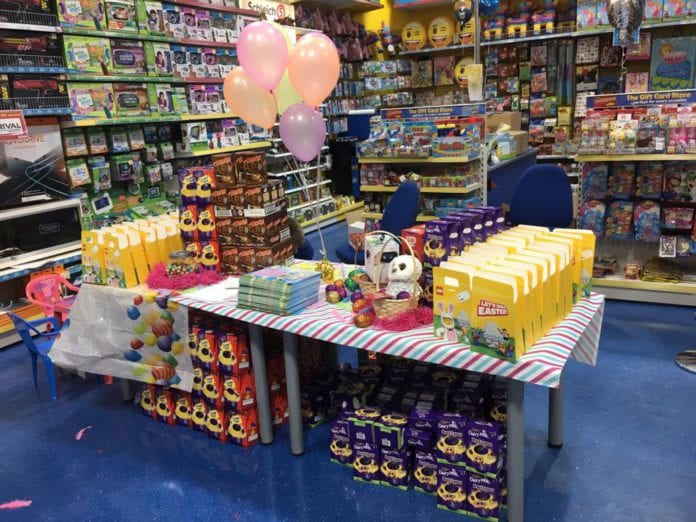 The Galway based Smyths Toys has broken a massive sales record, with sales in the UK passing half a billion euro for the first time.

Pre-tax profits also increased by 18 percent, going from £10.1 million in 2016 to £11.88 million according to the Irish Independent, aided by ever popular brands like Lego.

The company, which is headquartered in Mervue Business Park, is owned by and operated by the four Smyths brothers, Anthony, Liam, Patrick, and Thomas.

They first entered the UK market in 2007 and have recorded massive annual growth every year since then, sales went up by 19 percent in 2016, and 30 percent the year before that.

Smyths main competitor as a brick and mortar toy retailer was Toys R Us, which closed its doors in April of this year.

The company shuttered 106 stores around the UK, after being unable to find a buyer in January.

However, Smyths did purchase Toys R Us’ business in Germany, Austria, and Switzerland, further expanding its reach.

The €79 million deal added another 90 stores to the company’s portfolio, bringing it to roughly 200 in Ireland, the UK, and Europe.

The directors of the firm said they were very pleased with the growth, which they attributed to sales continuing to grow at existing stores, while 12 more opened in the UK.

In Ireland, Smyths operates 21 stores, including one on the Headford road, six in Dublin, and others in Limerick, Cork, Navan, Tralee, Naas, Dundalk, Drogheda, Claremorris, Sligo, Waterford, Athlone and Letterkenny.

Its unknown what sales and profits are like at those stores now, as in 2007 the company changed its status here to unlimited, meaning it no longer has to publicly file accounts.