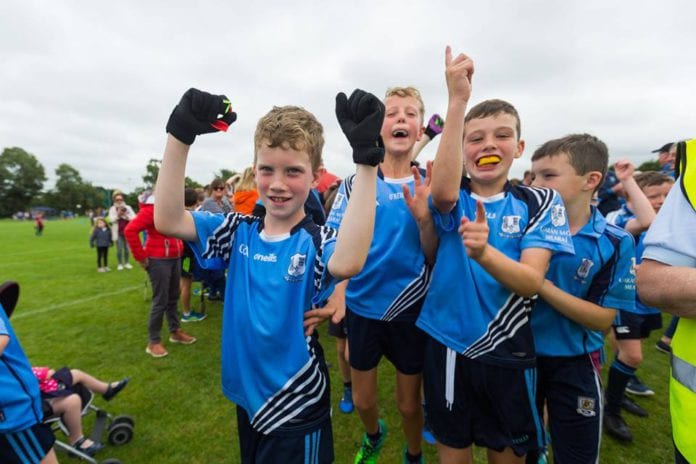 Galway brought a strong squad to one of the biggest events in the Irish sporting calendar and came home successful with 10 gold medals, nine silver and five bronze.

Bullaun/New Inn came home with three medals led by Hazel Fahy who won gold in the girls under 10 hurdles.  The under 14 camogie team also picked up silver medals with Darragh Fahy adding a bronze in the boys under 12 100 metres.

Annaghdown were winners of two medals but they celebrate double gold.  Dylan McGrath came first in the boys 38kg judo and Elizabeth Healy was first across the line in the girls under 8 80 metres.

And Clarinbridge were also multiple medal winners with two teams achieving high standards.  Their boys under 12 soccer team could call themselves the best in Ireland winning gold.  And the under 11 Hurling team also brought home success with their bronze medals.

There were also six other areas who didn’t leave Limerick without silverware.  Knocknacarra won the under 13 Futsal competition and Oranmore/Maree were the top team in the under 10 mixed Gaelic Football.

Kilnadeema/Leitrim didn’t leave empty handed as they were silver medal winners in the girls under 13 Spikeball.  And Caherlistrane/Kilcoona’s Ella Brennan showed plenty of promise for the future as she won bronze in the girls under 8 60 metres.

A rewarding weekend for thousands of young competitors across the country, Galway acquitted themselves with many wonderful memories for everyone and 24 medals to cherish for a lifetime.