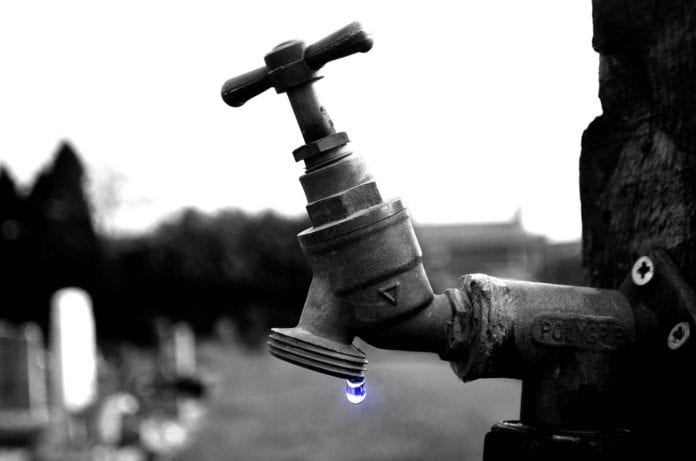 Plans to build additional water storage facilities to serve Inis Meáin have been rejected by An Bord Pleanála following an appeal.

However one local resident objected to the plans on the grounds that they would have a detrimental visual impact on the landscape.

While An Bord Pleanála said it agreed in principle with the need for more water storage facilities on the island, it rejected the plans submitted.

It said there was an “unsatisfactory technical case” for the design and layout of the tanks, and that the impact the would have on the visual landscape would harm nearby amenities.

There are currently three water storage tanks on Inis Meáin at two site on the north-western side of the island, with the more southerly site sitting higher than the other.

Two proposed development would have added one tank at each site, one 25m x 12m tank at the lower site, and a larger 14m x 18m tank on the upper site.

Each concrete tank would have been 4.3m tall, rising to approximately 5.4m with the addition of a handrail on top.

It was suggested in the application that with these additional tanks the island would be able to stop importing water from the mainland, filling a deficit of 1.3 million litres of water.

The appeal made by a local resident was solely against the tank on the upper site, which it was claimed would have a significant impact on the scenery of Inis Meain, designated as a “unique” landscape in the county development plan.

The appellant also included an with the co-op which owned the land before Irish Water from 1983 saying nothing over five feet would be built on the site.

A second letter from 1995 said that there was no intention to add any more tanks to the site, and a legal agreement from the same date agreed not to enact planning permission already granted for another tank.

The issue was whether Irish Water was bound by these agreements as the successive owner of the site.

However it was decided that this was not a matter for An Bord Pleanála to adjudicate.

In its response to the appeal, Irish Water said that it was not viable to fit both tanks at the lower site, and that efforts had been made in the design to minimise the visual impact.

The site was inspected in March by a representative of An Bord Pleanála who raised concerns about the scale of the project.

Inis Meáin has a 1.3 million litre water deficit, but the proposed development has a capacity of over 2 million litres.

The inspector made the recommendation that the development could go ahead with a single tank being built at the lower site which could be enlarged.

But An Bord Pleanála rejected that option and refused permission, saying that Irish Water had not justified the design, and the visual impact would seriously injure nearby amenities and properties.