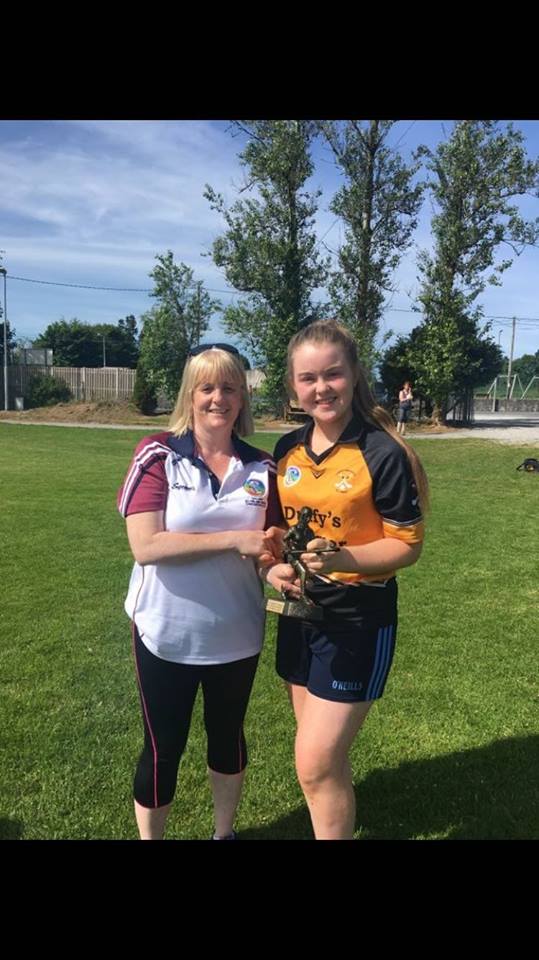 Just the opening game but Killimor picked up a critical victory.  Maeve Muldoon, who finished the weekend as Galway under 16 puc fada champion, was perfectly placed for two goals just when Cappataggle looked to have gotten over the line.  The 2016 intermediate champions, minus Caitriona Cormican, came from six behind to lead entering the closing stages.  But Killimor, with just five of the 2016 All-Ireland finalists got a late 1-2.

With Ann Marie Starr setting the tempo, Killimor got off to the better start.  Starr opened after just 16 seconds before Niamh Horan added another.  Amy Treacy opened Cappataggle’s account in the sixth minute but found themselves facing an uphill battle on the quarter hour as they trailed 1-4 to 0-1.

Horan added a free to restore Killimor’s two-point cushion but on 10 minutes, Muldoon showed great awareness to get the ground touch for their first goal.  And after good work from Sinead Fahy and Sinead O’Hara, Horan got her second from play to put six between them.

Moira Connaughton was working hard for Cappataggle’s defence but they need the scores the other end.  Laura Creaven set up Michelle Skehill for a point on 17 minutes but Horan replied registering a 45 to leave it 1-5 to 0-2.

Cappataggle needed a break and it finally came 60 seconds later.  After pressure from Antoniette Cormican from the right, Creaven’s shot took a deflection to get over the line and they were back in the contest.

Horan responded but with Cappataggle’s new found confidence, Treacy converted her second score before a Skehill placed ball left them just 1-6 to 1-4 behind at half-time.  A strong second half saw substitute Ciara Lenihan immediately tallying before a Creaven ‘45 and Treacy put Cappataggle ahead.

Horan levelled at 1-7 apiece but Killimor’s young charges were struggling and looked a beaten docket when Ciara Lohan picked out Skehill who buried to the net on 48 minutes giving Cappataggle a one-goal advantage.

Starr and Muldoon left the minimum between them before Creaven’s free had Cappataggle 2-8 to 1-9 in front.  But following a Killimor attack down the right, Muldoon repeated the trick again waiting for the delivery before turning the ball for Killimor’s second goal.

Killimor led by one but had the momentum.  Michelle Mitchell and Horan made it 2-11 to 2-8 as Cappataggle chased a goal.  They came close when Lenihan’s low free was deflected over the bar by Killimor keeper Niamh Quinn.