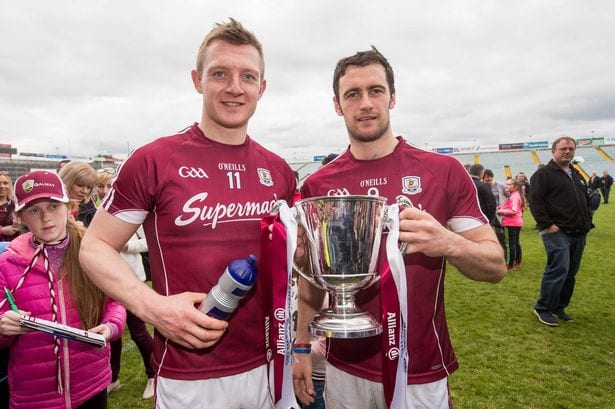 After Galway’s senior hurlers put in a dominant 1-23 to 0-17 victory over Wexford on Saturday (2nd June), we decided to have a look at the current betting odds and see where Galway teams stand in general ahead of their pursuit for silverware.

According to Paddy Power Bookmakers, Micheal Donoghue’s charges are 6/5 to walk the steps of the Hogan Stand in September making them clear favourites.  Tipperary and, interestingly, Limerick are joint second on 11/2 followed by Cork (6/1), Kilkenny (6/1) and Clare (11/1).

Even though there’s no action until August, the race for domestic honours is equally intriguing with St. Thomas current favourites to win the Tom Callanan Cup at 7/2.  Portumna and Gort are joint second on 9/2 followed by Craughwell (15/2), Liam Mellows (8/1) and Turloughmore (11/1).

The feel-good factor isn’t restricted to just hurling as Kevin Walsh’s footballers are installed as strong contenders ahead of today’s (Sunday, 3rd June) meeting with Sligo.

The Tribesmen are still available at 4/9 for the Connacht title ahead of Roscommon (15/8) and Sligo (16/1).  And Damien Comer is in the Footballer of the Year talk sitting in joint third at 12/1 with Con O’Callaghan and Conor McManus.  Ciaran Kilkenny (5/1) leads his Dublin team mate Brian Fenton (8/1).

Just six days before their championship opener (Saturday, 9th June), Galway’s senior camogie team are third favourites at 4/1 to end their five-year wait for the O’Duffy Cup.  Cork and Kilkenny are joint top at 7/4 followed by Wexford (12/1), Limerick (14/1) and Dublin (16/1).

Despite losing their last two games, Galway United still sit in the play-off position in the SSE Airtricity League First Division betting.  Shane Keegan’s side are in fourth place on 5/1 which will get them a two-legged tie.

And finally, the odds are long for Connacht to repeat their 2016 heroics in the Guinness PRO14 championship.  Andy Friend’s charges are ninth with the bookies at 25/1.  Champions Leinster (7/4) are favourites ahead of Scarlets (4/1), Glasgow Warriors (5/1) and Munster (5/1).