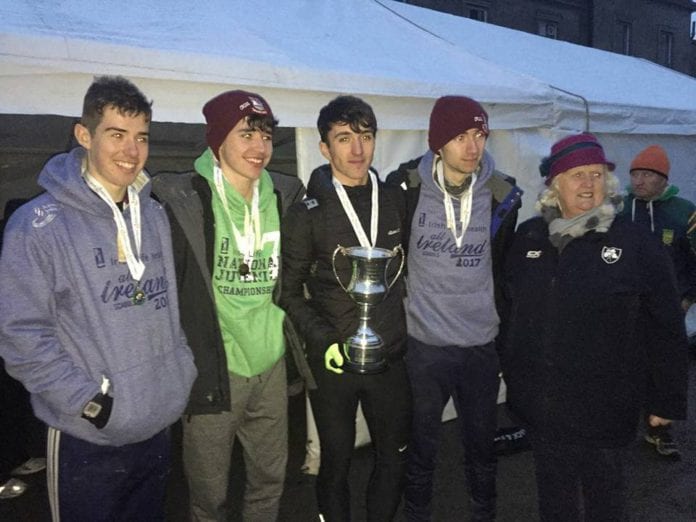 Galway City Harriers will compete in the European Cross-Country Championships next Sunday (4th February) when they join 13 other teams in the Junior Finals in Mira, Portugal.

After winning the national title last November, Matt Lockett’s charges are into the under 20 men’s event along the Northern Atlantic coast.

Galway’s side will consist of Eanna Folan, Aaron Brennan, Thomas McStay, Michael Healy and Gary Martyn.  Four of these ran in the national championships which saw three among the top 16 runners.

Folan (13th) and McStay (16th) were joined by James Frizzell (15th) while McStay also finished fifth in the under 18 competition.  Frizzell and Joe Tannion are overage in 2018 from the squad that beat Dublin’s Clonliffe Harriers to the Irish title but they are confident of putting in a good show.

Under Lockett, who is also Irish under 20s coach, athletics in Galway has improved immensely in recent seasons and their qualification for this event shows their significant progress.

European Athletics will broadcast the race on their YouTube channel on Sunday at 10.40am.