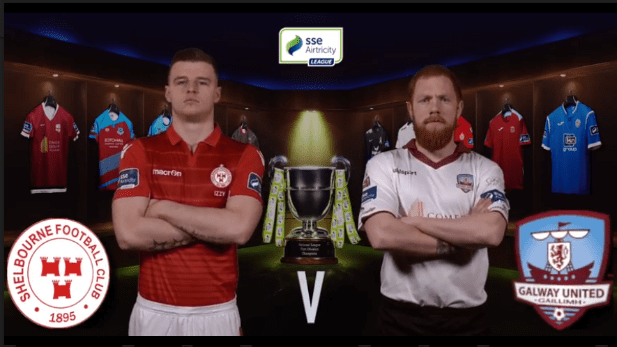 After turning on the style in the second half last week, can Galway United start a proper assault on First Division honours this weekend when they travel to take on Shelbourne?

Shane Keegan’s men are still unbeaten but multiple draws saw them concede ground to their rivals.  But that win against Wexford and Shelbourne surprise 2-0 loss to Cabinteely gives the Tribesmen a perfect opportunity.

Shelbourne were on four back-to-back wins before they slipped to their city rivals and they now sit in third spot on 13 points from seven games.  Galway are one point behind them but also hold a game in hand.  And their trip to Finn Harps has been confirmed for Bank Holiday Monday (7th May) at 5pm.

But victory for the visitors will heap the pressure on Shelbourne and their last meeting in Drumcondra went Galway’s way.  Indeed, the boys in maroon have won three of their last five encounters with Shelbourne.

FULL-TIME: Shelbourne 0-0 Galway United. Lively at times but both teams no doubt looking towards the weekend #GUFC pic.twitter.com/lSJ9yqmk5l

However, the travelling support can expect a backlash from an established club well capable of scoring even if they haven’t breached the Tribesmen in their last two meetings.  Before Cabinteely, they put seven goals past Athlone Town and David O’Sullivan is the league’s top scorer.

Dean Delany is a quality keeper well capable of denying Murphy or McCormack.  And midfielders Adam Evans and James O’Brien will be a handful.

Galway will look for Marc Ludden and Gary Shanahan’s influence in the flanks and the bench will be important regardless what team Keegan picks.  It was the introduction of Ubaezuonu and Stephen Kenny against Wexford that started turning the tide Galway’s way.

This has a draw written all over it but we have a sneaky suspicion this is the day Galway United could light the First Division up.  Certainly, defeat will leave them playing catch up for the year.  But Galway may just be about to make a statement.

The 4 page team-sheet for Galway United v Shelbourne in 1991. This was our year. United were 20/1 outsiders. pic.twitter.com/RzfY8IbDlL