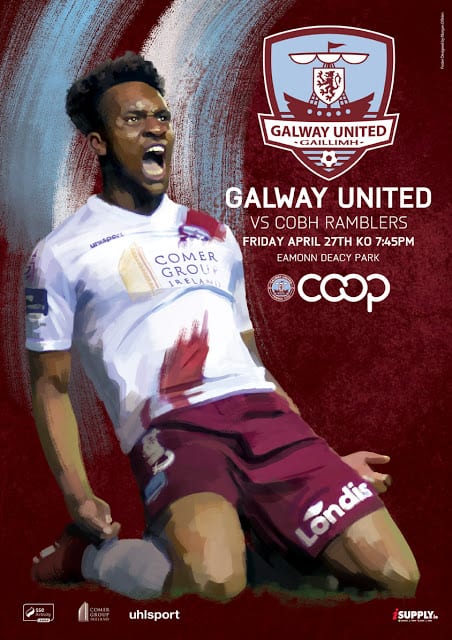 If there’s one good thing about being in the First Division, it’s that the league will sometimes give you the perfect game to bounce back after a disappointing display and their upcoming home tie against Cobh Ramblers is exactly what Shane Keegan’s men need.

Their previous 2-0 loss to Shelbourne has the Tribesmen seven points behind leaders UCD and desperately in need of kickstarting their title assault.  Galway have struggled on the road but have produced some solid home displays.

That being said, they’ve only won one of their last five games and can’t allow any more ground to be conceded should they wish to achieve promotion away from the play-offs.  And in Cobh Ramblers, they might just have the perfect opposition to get back on track.

GUFC TV | United fell to a disappointing first league defeat of the season on Friday night, losing 2-0 to Shelbourne at Tolka Park.#GUFC will look to get back to winning ways against Cobh Ramblers on Friday at Eamonn Deacy Park. Kick-off: 7.45pm. https://t.co/pMb0816nIr

It should be pointed out that Cobh Ramblers are no easy task and started the league as one of the favourites.  But after two wins including a 4-1 trimming of Athlone Town, their 5-1 reversal at home against Drogheda United has sent their ambitions in a tailspin.

The Cork outfit have only eight points from as many games and are one more loss from writing their season off.  They travel to Galway desperate for a win that should create an entertaining tussle.

In Darren Murphy and Cian Leonard, Cobh Ramblers possess players that can unlock the home defence but Galway United have already proven they are dangerous on the attack.

Danny Furlong and Eoin McCormack have hit goals in attack bar a brief drought and they will be supported by Conor Melody, Ryan Connolly and Stephen Kenny in midfield.

Gary Shanahan and Marc Ludden have profited raiding down the wings and Tadhg Ryan’s alertness in goal will be crucial.

This is the sides’ first meeting after their original encounter in March was postponed due to Storm Emma.  Galway must travel south twice in 2018 so their home game offers a critical three points.  They beat Wexford 4-1 the last time out in Eamonn Deacy Park.  They’ll take 1-0 in this one.