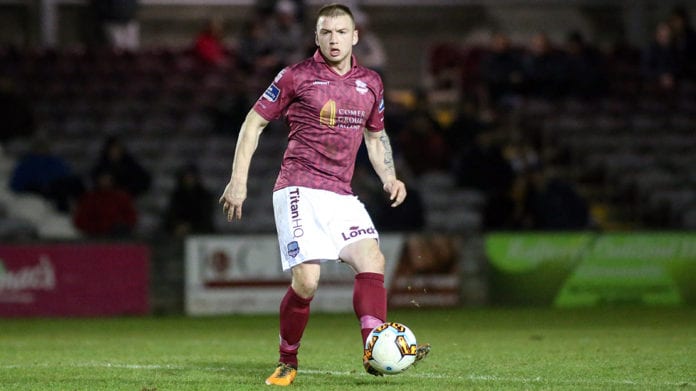 Two teams badly desiring a win clash tonight in Ballybofey as Galway United aim to get their First Division campaign back on track.

Both have gone three games without a win.  Four days earlier brought EA Sports Cup elimination for both clubs.  And they currently trail league leaders UCD by four points and won’t want to let that margin starting building.

While the top four enter the promotion play-offs in October, only the First Division winners are guaranteed their Premier status in 2019.  Third and fourth play-off for the right to meet second; the subsequent winners take on the ninth team from the top flight.

However, the weather could have a major factor yet as rain means there will be a pitch inspection in Finn Park at lunch time today (Friday).  With the long journey ahead of them, Galway United will hope any postponement is known in advance.

The same happened for their trip to Cobh last month which still has to be rearranged.  Finn Harps have already had games against Drogheda United (floodlights), Longford Town (snow) and the Mayo League (rain) called off.

Sligo progress to the next stage of the EA SPORTS Cup.

A lot of positives for #GUFC to take into Friday's league game against Finn Harps. Played well and deserved more. pic.twitter.com/xyPzyG1YDt

Following their 0-0 draw with Longford Town and EA Sports Cup elimination to Sligo Rovers (0-1), Galway United will be anxious to get back in contention.  Danny Furlong and Eoin McCormack have been proficient up front but the Longford clean sheet will be cause for optimism.

The Tribesmen took a 3-1 win in their last trip to Donegal last August as Gavan Holohan and Ronan Murray (2) hit the target.  And this followed up a May 2-1 victory in Eamonn Deacy Park with Vinny Faherty getting the winner.  But only Marc Ludden and Gary Shanahan survive from those triumphs.

Robbie Williams (calf) is out but is expected to return to full training next week.  Aaron Conway (groin) is a doubt following an injury against Sligo.

Michael O’Connor and John O’Flynn form a dangerous Finn Harps attack but they do have concerns over midfielders Paddy McCourt and Ciaran O’Connor.  McCourt saw red in their last meeting with Galway but they’ll hope for a similar result to their 2016 meeting when Sean Houston struck the only goal.

Galway United and Finn Harps finished 10th and 11th respectively in last year’s Premier Division.  And only one point (Galway 9, Harps 8) separates them so far this season.  Galway United are unbeaten and that should remain the same.  But that doesn’t necessarily mean they’ll come home with three points.