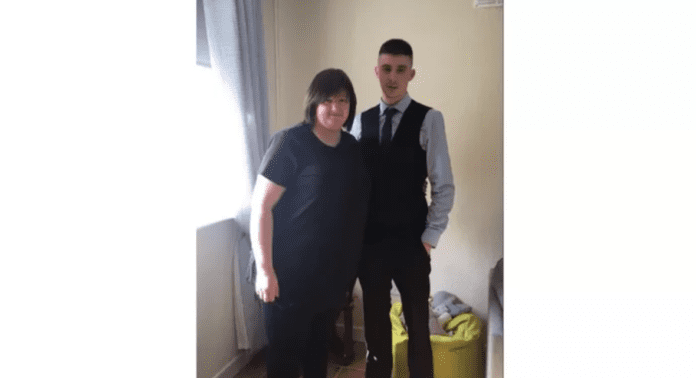 A young Galway mother has spoken about the challenges of daily life after having both of her legs amputated this year.

Eilís Ní Chonghaile from Indreabhán spoke on RTÉ Raidió na Gaeltachta on Friday about how she does not yet have any home care assistance due to personnel shortages.

The mother of two, now living in An Spidéal, had suffered from back pain and sciatica for four years, but suddenly the feeling in her legs went in February.

She was unable to stand, and she was rushed to hospital.

“I was only in hospital about an hour and a half when they told me they were getting a vascular surgeon down to talk to me.

“I didn’t understand that, I came in with back pain and sciatica, and wasn’t that for your heart? The surgeon came and she was prodding my legs, but I couldn’t feel anything.”

Eilís said there were people all around her, coming and going, doing blood tests, taking all kinds of tests, and putting machines on her legs.

“The consultant came and said that they were bringing me to surgery. It all happened that fast. But still, I didn’t think anything of it. I never thought it was going to be serious.”

In the interview on RnaG on Friday, Eilís explained that the problem was blood clots right down through her legs, but unfortunately the initial surgery to fix the pressure in her legs was unsuccessful.

In the end there was no choice but to amputate both legs.

Eilís doesn’t remember much about it, except that the surgeon had spoken to her after the initial surgery and that she had to sign a form.

“When I came back from the first surgery, when they made a cut on each side of my legs to ease the pressure, he said that it hadn’t worked and that he was afraid that he might have to [amputate] – that’s all I remember. I had to sign something to say that was OK.

“I remember saying to him, I don’t care what you have to do, but make sure I wake up again for my children, that’s all I said to him, and I don’t remember anything else until I woke up with my Mam and my daughter standing over me and that was a few days later.”

Eilís had been through several surgeries by then – and after the operation, she said she was glad to have it over with.

“I had woken up – that’s all I cared about, that I would be there for my children.”

“That’s all I had asked the consultant. He came to me when I had recovered a bit and he had tears in his eyes and he said he was sorry.  I asked him what he was sorry for, and he said that he couldn’t save the legs.

“I said, ‘did you do what I asked you to?’ and he asked me what that was, and I said that I would wake up afterwards. I said that he had done that and that was all I asked. I didn’t care what he had to take from me.

“People say I’m strong – I’m not strong, if it weren’t for my two children at home I wouldn’t be here … I knew they were here and I had to fight for them. That’s the reason I’m here now.”

Returning home in recent days has been challenging for Eilís, particularly because she has received no home care assistance as yet.

“The day is long, it’s hard,” she said. “You are relying on other people to do everything for you.”

Eilís has home help hours to be filled, but can’t get them at the moment because of the personnel shortage.

“I’m depending on Mam and Dad and the kids to do things for me,” she explained. “There’s a waiting list, and because I can do some things, like wash myself and that, I’m not high priority. If I needed help with those things, maybe I’d have help by now.”

Eilís said she was very grateful for all the help and support of her family.

“If it weren’t for them, I’d be lost, truly. I’m not the only one who’s been through this.  I went through the pain, but they went through everything too.

“There  wasn’t a day that they missed coming in to me. I was in pain, but they suffered too.”

Eilís is hoping to get a prosthetic leg, and possibly two. Her family has started a GoFundMe campaign to help with the costs, and you can support it at gofund.me/ee73b116