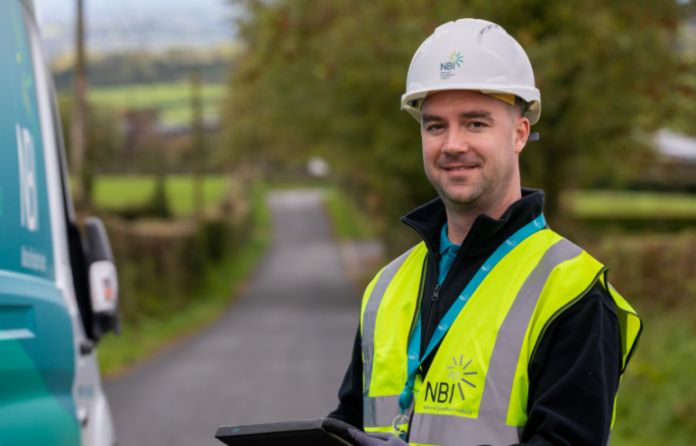 Surveying works to improve access to broadband in several areas of Galway are well underway, the National Broadband Ireland (NBI) has announced today.

NBI contractors have been on the ground across Ireland for 15 months and over 201,000 premises nationwide have been surveyed to date.

A total of 544,000 premises across the country will be surveyed including 38,714 premises in Galway. These include homes, farms, commercial businesses and schools, equating to 28% of all premises in the county.

Under the National Broadband Plan, Galway will see an investment of €153M in the new high-speed fibre network.

These initial works pave the way for the next stage of deploying fibre on poles or ducts and includes the erection of poles, unblocking of ducts, and the insertion of sub duct into existing ducts, for the fibre to be installed.

All NBI contractors will also carry official ID cards and essential worker letters, and have received training on adhering to all Covid-19 guidelines. They will have vehicles, PPE and signage with both their own, and NBI logos.

NBI chief executive Peter Hendrick said the company was pleased with the progress being made.

“We started physical work on the ground in January 2020 and despite the challenging environment caused by Covid-19, we’ve grown and mobilised the team working on the project across all 26 counties and making good progress,” said Mr Hendrick.

“We are acutely aware that people want access to high-speed broadband as soon as possible, and our goal is to deliver that.”

He said that survey and designs are an important part of mapping out how every home, farm and business will be connected.

“The BCPs are also a key milestone in delivering access to high-speed internet in the Intervention Area, and we’re delighted to see these being connected for access – internally and externally – right across the county.”

NBI’s website www.nbi.ie has a search tool to enable the public to check whether their premises is within the rollout area.