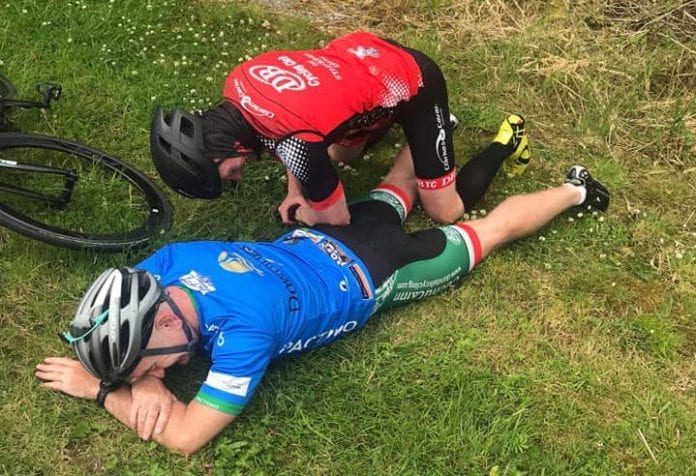 Declan Loy from Newry in Co. Down is currently completing a 1km swim, a 100km cycle and a 10km run through Co. Galway, all for a worthy cause.

The triathlon through Galway is part of a gruelling challenge which will see Declan attempt to swim, cycle and run every county in Ireland over 32 days, completing a staggering 3,552km in total.

Declan has has already completed a 111km triathlon in 16 counties, including the 9 counties in Ulster.

When asked about how he feels the challenging is going, Declan, who now has the name ‘Irondad’ after breaking a Guinness World Record in 2018, said: “The challenge is going brilliantly. The legs and muscles are getting tired but the support I’ve received helps me to keep going.”

The Challenge is to raise funds for Super You, a not-for-profit organisation that focuses on supporting, empowering and inspiring young people.

The Super You workshops have reached nearly every county in Ireland – North and South – and the team have delivered talks to over 5,000 students promoting positive mental health and well-being.

Declan doesn’t class himself as an athlete but just a normal Dad with an interest in exercising and a drive to raise funds for an organisation that can really support our young people.

Declan stated: ̎’I have been blown away with triathlon clubs throughout Ireland that have come forward to lend a hand on the day the Challenge comes to their counties.

“It’s very humbling to see how people will help me for such a great cause.”

Declan has a busy month ahead of him with Kerry, Cork, Limerick, Clare and Wexford all coming up in the next month just to name a few.

The final day will be held in Dundalk Co. Louth.

He is encouraging supporters to come along to the Irondad Challenge and take part.

People can also register to complete the challenge on its finale day with Declan on the 28 th  of July in Dundalk Co. Louth.