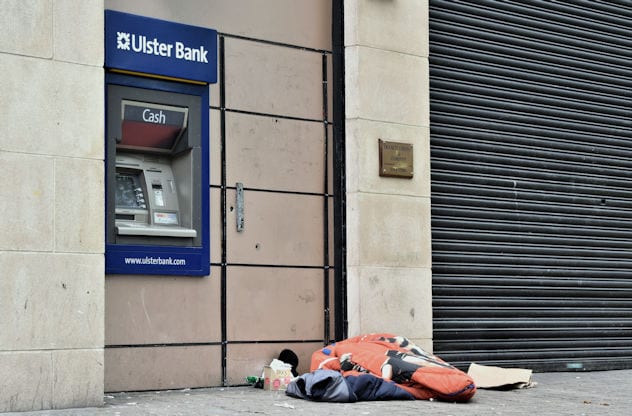 People Before Profit members in Galway have released a video highlighting the extent of the housing crisis and homelessness crisis in the city and across Ireland.

People Before Profit, which is part of a leftist alliance with Solidarity (Anti-Austerity Alliance), says that to tackle this emergency, we need social housing built urgently.

One activist says that as he walked down Shop Street in Galway recently, he saw four people “huddled together in sleeping bags” in a doorway.

Last week, Leo Varadkar came under fire from opposition parties for saying that we have “one of the lowest levels of homelessness” by international standards. Junior Minister Damian English was also criticised for suggesting talk of homelessness was damaging Ireland’s “international reputation”.

Ireland today has a similar rate of homelessness as was present in Greece in 2013.

Watch the video below.

PBP Galway members made a video about the housing crisis in Galway. We need social housing built and we need it now if we are going to tackle this emergency. Please RT. #Galway #homelessness #HousingCrisis pic.twitter.com/Qh44jGU4Yk