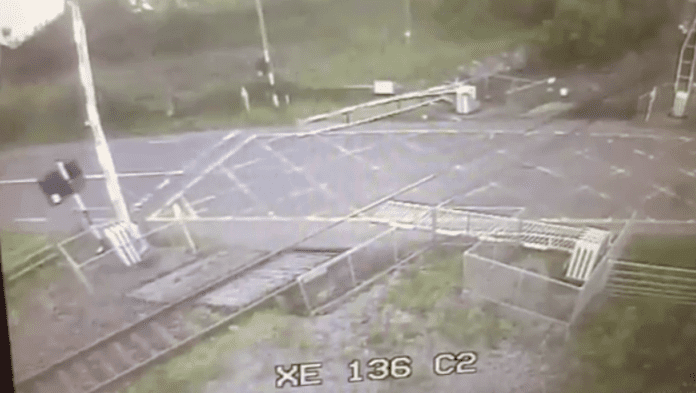 Not big and not clever.

Footage has been released of the man who decided to drive his white van through Kiltartan level crossing in Galway.

The dangers of this should be obvious and they really need not be explained.

But we are still wondering why the cyclist, who was travelling just behind the van, continued to ride through the crossing!

Watch the CCTV footage below of this ridiculous situation.