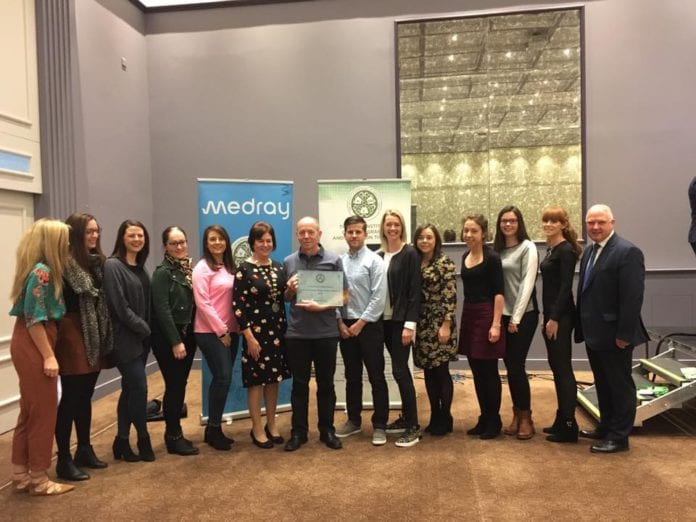 UHG won X-Ray Department and Radiation Therapy Department of the Year at the awards this week.

Anne Marie Healy, Radiographer at Roscommon University Hospital, was declared to be the individual Radiographer of the Year.

The Medray Awards are run by the Irish Institute for Radiography and Radiation Therapy alongside Medray Imaging Systems, to recognise staff that go above and beyond to provide the best treatment.

Medray is a major provider of x-ray equipment to hospitals, dentists, and veterinarians around Ireland.

Galway University Hospitals alone made up half of the nomination to this year’s Medray Awards, with the X-Ray department at Merlin Park Hospital also in the running.

Competing against UHG in the Radiation Therapy category were the Beacon and St. Luke’s hospitals in Dublin.

The final list of nominees was narrowed down by a rigorous inspection process that included a “secret shopper” style unannounced visit.

Winners were chosen from among the finalists by a combination of a public vote and site visit.