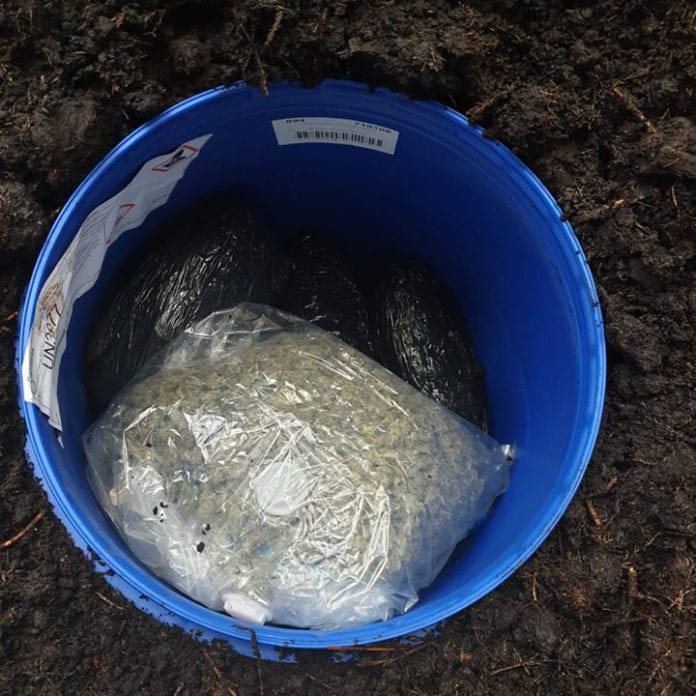 Two men were arrested by gardaí in connection with the seizure of €200,000 worth of drugs just outside Ballinasloe yesterday evening.

The Galway Divisional Drugs Unit assisted by the Western Region Armed Support Unit and local Gardaí carried out a search of a wooded area outside of Ballinasloe town on Wednesday evening.

During the search they found a number of sealed containers buried in the ground containing cannabis and cocaine with an estimated street value of €200,000.

Gardaí said that the search was part of “ongoing investigations targeting Organised Crime Groups operating in the Western Region”.

Two men were arrested in connection with the investigation and detained at Mill Street Garda Station under Section 2 of the Criminal Justice (Drug Trafficking) Act 1996.

They have since been released and a file is being prepared for the Director of Public Prosecutions.