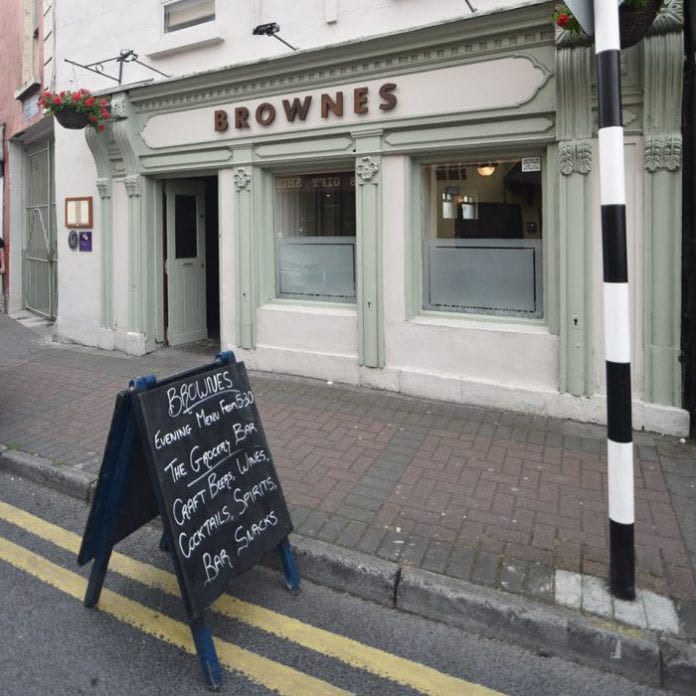 Two restaurants in Galway have been newly given the Michelin Guide’s Bib Gourmand status in the latest round of awards while a third retained its status.

The Bib Gourmand recognises establishments that offer a simple yet skillfully delivered three course meal for under €40.

It’s a big win for family enterprise this week as all of the businesses recognised in Galway are run by a husband and wife team.

Tartare Café and Wine Bar on Dominick Street Lower in Galway city and Brownes in Market Square, Tuam were chosen to receive this honour.

The Michelin guide said that “simplicity is key” at Tartare with “seasonal ingredients” and a “snug, intimate, and endearing” environment”.

Tatare is the latest venue in Galway from husband and wife team JP McMahon and Drigín Gaffey, owners of Aniar and Cave Bodega restaurants.

The couple said that they were delighted to receive the Michelin Guide’s Bib Gourmand alongside many other deserving places in Ireland.

Come in for lunch and get simple, but hearty, sandwiches, while in the evening there’s an A La Carte dinner menu and a snack menu at the Grocery Bar out front.

Stevie Lane and Amanda Fahy have been working together for 15 years, and in 2016 moved home to Tuam to “breathe new life” into Brownes.

The pub has been open on the site in one form another since 1847, but had fallen into disrepair in recent years.

If the name sounds familiar, that’s because it’s been immortalised in song by local lads The Saw Doctors who mentioned it by name in their hit “Never Mind the Strangers”.

The ingredients write the great value modern daily menu at Brownes in Tuam, which is awarded a Bib. It’s a sweet place run by a husband and wife and has been in the family for 3 generations. @brownestuam #BibGourmand #MICHELINguideGBI pic.twitter.com/NtS5foqzm3

The couple thanked their team at Brownes for helping them realise this achievement.

Kai restaurant and café on Sea road had its Bib Gourmand status renewed after first winning the award last year.

The Michelin Guide announced the latest round of Bib Gourmand awards on its twitter feed on Friday.

Other Irish venues that received this status include Clenaghans in Co. Armagh, Clanbrassil House in Dublin, and Dillon’s in Cork.

All but one of the 27 restaurants in Ireland that were already Bib Gourmands retained their status, bringing the total in Ireland to 31.

The Old Schoolhouse Inn in Co. Down isn’t on the list for 2019, but that’s just because it closed the restaurant side of its business this year.