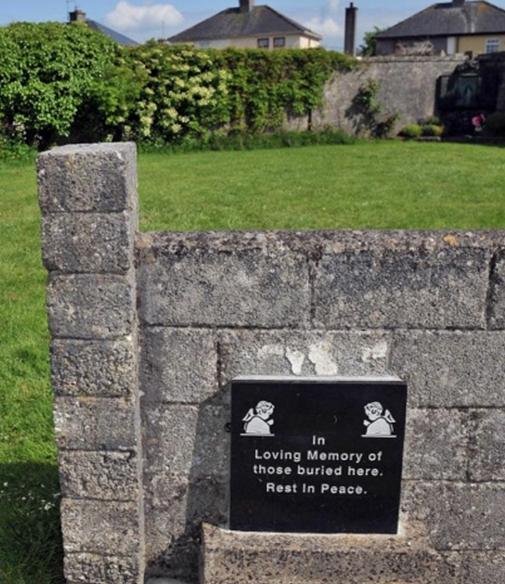 A public consultation on how to handle the site of the former Tuam Mother and Baby home has shown sharp divisions of opinion between former residents and their relatives, and people who live in the area.

Last December, after the Expert Technical Group published their report on the site of the former Mother and Baby Home, Children’s Minister Kathrine Zappone asked Galway County Council to conduct a public consultation on the appropriate course of action for the government to take.

The results of that process have been released this week. It found that local residents preferred for a memorial to be placed at the site, but for it to be otherwise left undisturbed.

However, former residents of the Mother and Baby Home, and relatives of those who lived there, advocated for a forensic excavation of the site and DNA analysis of the remains buried there.

Estimates of the number of children and infants buried on the grounds of the former mother and baby home run by the Bon Secours sisters go as high as 800.

In releasing the report, Minister Zappone said: “The report clearly demonstrates the range of expectations, preference and concerns among various stakeholders and the wider community. It is important that we recognise and respect this divergence of sincerely held views.”

The county council received 799 written submissions and carried out a number of meetings with stakeholders during this porcess.

Since the council is an interested party in the fate of the site two independent facilitators, Barbara Walshe and Catherine O’Connell, were hired to conduct the consultation and report on its submissions.

They found that opinions were fairly evenly divided, with the majority of people favouring two options out of the five possible courses of action laid out in the ETG’s third interim report.

The majority of those who want forensic excavation of the site are in favour of extensive intervention. All parties expressed a strong concern for the dignity of the deceased and it was agreed that any action should include some form of memorial.

Minister Zappone expressed her gratitude to everyone who took part in the consultation process: “I would like to thank Galway County Council and Ms. Barbra Walshe and Ms. Catherine O’Connell for their professional facilitation of the consultation events in Dublin and Galway.

“I also want to thank the members of the Expert Technical Group for their contribution to these events. I welcome the respect and concern expressed by all participants for the dignity of the deceased who are interred at the site.”

Catherine Corless, whose research into the Tuam Mother and Baby Home and the many hundreds of children buried on its grounds led to the renewed attention it’s receiving, has previously lashed out at the way the public consultation was being carried out.

She called it a “cold and callous” process asking people to vote for one of five options, and urged people to choose for some form forensic excavation to be carried out.

Following the submission of this report, the Inter-Departmental Group met to discuss the options laid out in the ETG report and the results of the consultation process.

The Commission of Investigation into Mother and Baby Homes is also continuing its inquiries into the question of burials at the Tuam site and will include their findings  when a report is delivered.