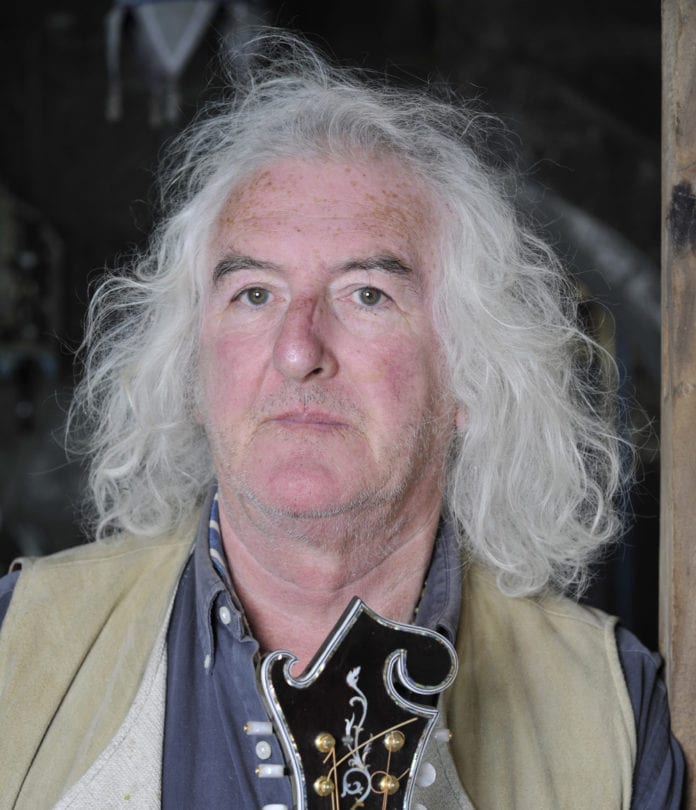 Musical legend and co-founder of Galway band De Dannan Alec Finn has passed away this morning.

The 74 year passed away at his home in Oranmore at roughly 1am of this morning surrounded by his family.

Tributes have been pouring in on the internet and from all corners to express the sadness at the news and celebrate his contribution to Irish music.

We just heard of the passing of Alec Finn, one of the most influential musicians in Irish music. A member is the legendary De Dannan, Alec defined a whole genre of music accompaniment. Rest in Peace. A sad day for music, an incredible legacy left behind. pic.twitter.com/AEwOOy7Wbz

Alec Finn and De Dannan played a huge role in influencing many other Irish folk musicians that followed on from them.

For many years he lived at his home Oranmore Castle with his wife Leonie. His son Cian is also a talented musician who gravitates towards the sounds of soul, blues and reggae.

President Higgins said that it was a privilege to have known Mr Finn who was “an enormously talented musician” whose work “helped bring Irish music to the attention of a global audience.”

Alec Finn was born in England but lived in Galway for a long time. In 1975 he founded De Dannan  along with Frankie Gavin, Johnny McDonagh and Charlie Piggott.

The band played together until 2003 when they split, though Finn and McDonagh continued to play together.

Earlier this year he played the TG4 Gradam awards with Frankie Galvin, Colm Murphy, and Máirtín O’Connor as De Dannan.