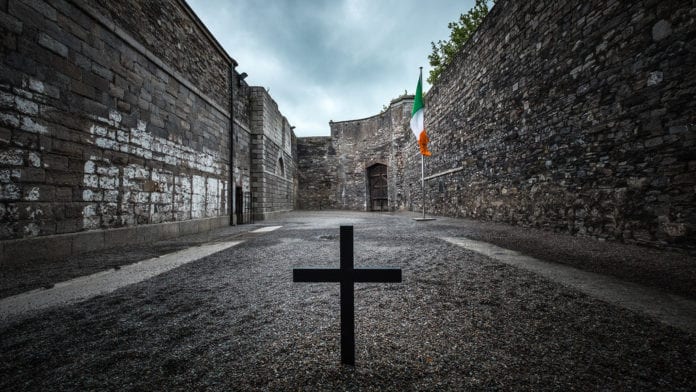 Tributes have poured in for Father Joseph Mallin who has passed away at his home in Hong Kong.

Fr Mallin was the last surviving son of an executed leader in the 1916 rising – his father, Commandant Michael Mallin of the Irish Citizen Army was executed in the Kilmainham Jail in 1916 for his part in the Rising.

Fianna Fáil leader Micheál Martin said Fr. Mallin had a tangible connection to one of the defining moments of our country’s history.

“The fact that he has passed away at Easter adds extra poignancy.

“Fr. Mallin was one of a generation of committed, loyal and compassionate Irish missionaries who made an enormous contribution around the world and he remained proud throughout his life of his father’s role in his country’s formation.

“I was honoured to meet with and talk to Fr Mallin while Minister for Enterprise on a trade visit to Hong Kong some years ago.

“On my own behalf and on behalf of the Fianna Fáil party, I would like to extend sympathy to his entire family and circle of friends,” said Deputy Martin.

The Sinn Féin President also paid her respects upon hearing of his death.

“Fr Mallin was the last surviving son of Michael Mallin who was a leader of the Irish Citizen Army during the Easter Rising.

“He had shown remarkable energy and dedication during the latter years of his life to ensure that his father’s memory, and his heroic contribution to cause Irish of freedom, were rightfully vindicated in the face of politically motivated British court martial records.

“I want to extend my condolences, and those of Sinn Féin, to the family and friends of Fr Mallin at this sad time.