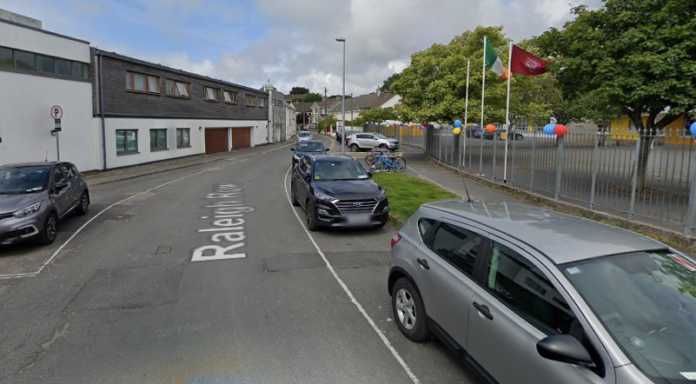 Several streets in the westside of Galway City will be pedestrianised during school opening and closing times from next week as part of a pilot project.

Starting from Monday, November 30 Palmyra Row, Palmyra Avenue and Raleigh Row will be pedestrianised between 8:15am and 9:15am, as well as 1:15pm to 2:45pm.

This is part of a ‘School Streets’ pilot project that the city council is carrying out in partnership with Scoil Iognáid to make the streets safer for school children.

Residents will still have access to their homes during these times, as will ‘blue badge’ holders or cyclists accessing the school.

“The street isn’t physically wide enough for cars to interact safely with the volume of vulnerable road users coming to our school by bike, or on foot,” a leaflet for the pilot scheme states.

“Children coming to school on foot/ by bike, and children with mobility issues experience significant difficulty accessing the school, with cars blocking their safe access.”

The road closures will only apply during school term times when students are coming and going.

This project is funded by the National Transport Authority, and delivered with the support of the Green-Schools Travel programme.