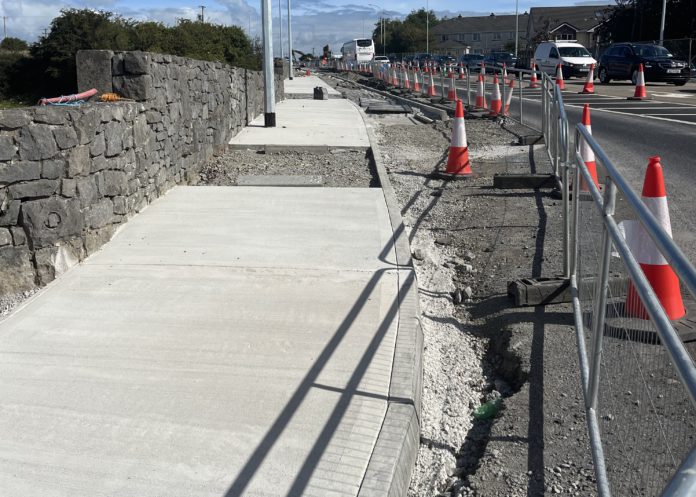 New footpaths are being built connecting the Roscam and Doughiska junctions to the Galway Clinic.

Galway City Councillor said that these works are welcome, both for the safety of local residents, and for people accessing Galway Clinic.

The new footpaths are part of the conversion of the Martin Roundabout to a signalised junction.

He said that they will link up with a new pedestrian crossing and junction, making walking safer for residents of Roscam and Doughiska.

This was a serious health and safety issue before, Alan Cheevers added.

The conversion of the Martin Roundabout, which began in spring and was supposed to be completed by early August, has faced significant delays.

It is now expected that the project will not be completed until the end of November, and there have been calls for a full report into the cause of the delays, and any additional costs as a result.

The work will convert the existing Martin roundabout to a 4-arm traffic light controlled junction, along with other upgrades.

These will include the provision of cycle lanes, bus priority measures, footpaths and associated landscaping.