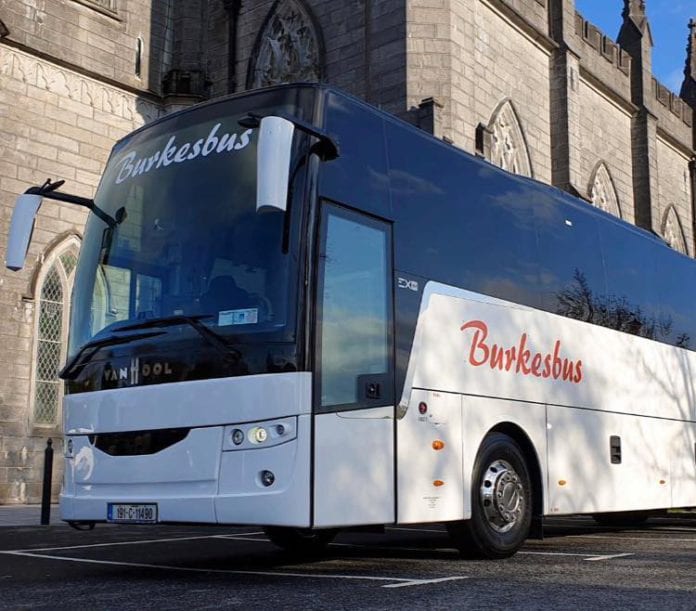 Private operator Burke Bus will be resuming and increasing the frequency of some of their commuter routes in Galway starting from next Monday, June 15.

The main Galway-Tuam bus route, which has been operating at reduced capacity, is now increasing its number of daily services, as well as resuming Sunday services. 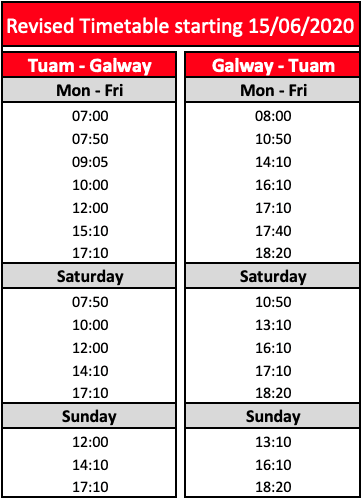 Service on route 427, Ballinrobe, Kilmaine, Shrule, Headford, Cloonboo to and from Galway, will be resuming from next Monday.

The route will be running at a reduced level from its normal service hours for the time being. 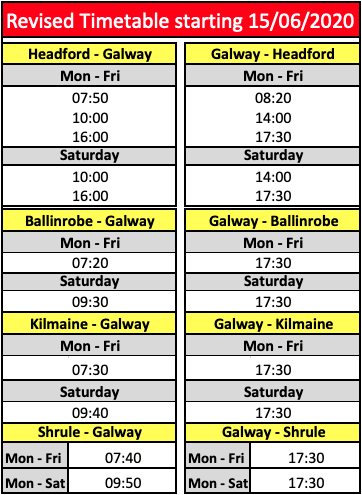 On top of its private hire options for buses of all sizes, Burke Bus also operates commuter routes between North Galway/South Mayo and Galway City.

Two of those, routes 427 and 428 from Dunmmore and Milltown to and from Galway City remain suspended for the time being.

Small delays are expected for trains travelling into and out of Galway today due to a damaged level crossing.Irish Rail reported this morning that...
Read more
TRANSPORT

Major disruptions are expected to train services between Galway and Dublin this weekend due to engineering works taking place on the line.Irish Rail is...
Read more
TRANSPORT

Roadworks taking place on the N65 on the outskirts of Portumna will continue to disrupt traffic in the area until Friday evening.Galway County Council...
Read more
Facebook
Twitter
Pinterest
WhatsApp