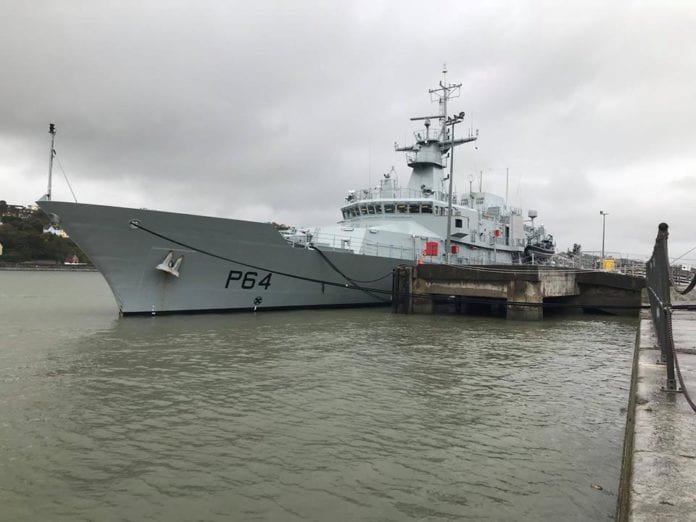 The latest ship to join the ranks of the Irish Navy, the LÉ George Bernard Shaw, will be open for the public to look around next week down at the Docks.

The LÉ George Bernard Shaw was brought into service with the navy this year and will have a formal naming ceremony in 2019.

The Offshore Patrol Vessel is the latest of four modern ships delivered to update the Irish Naval Service since 2014.

Free guided tours of the ship will be offered to the public by her crew on Monday, December 31 and Tuesday, January 1 from 2pm to 5pm.

The four ships built for the navy since 2014 are often referred to as the ‘Playwright’ sisters,

The LÉ George Bernard Shaw was preceded by the LÉ Samuel Beckett in 2014, the LÉ James Joyce in 2015, and the LÉ William Butler Yeats in 2016.

There are currently just under 1,100 member of the Irish Naval Service branch of the Defence Forces.