Excavations at the site of the Former Tuam Mother and Baby Home won’t begin until the second half of 2019.

The Taoiseach said that the government doesn’t know yet what it’s “getting into” with the excavation of the Mother and Baby Home.

Legislation will need to pass through the Oireachtas giving the government the power to carry out excavations before any work can begin, the Taoiseach said in his end of year briefing.

In October the government decided to carry out a full excavation of the former Bon Secours Mother and Baby Home where it’s believed there are as many as 798 children and infants buried. 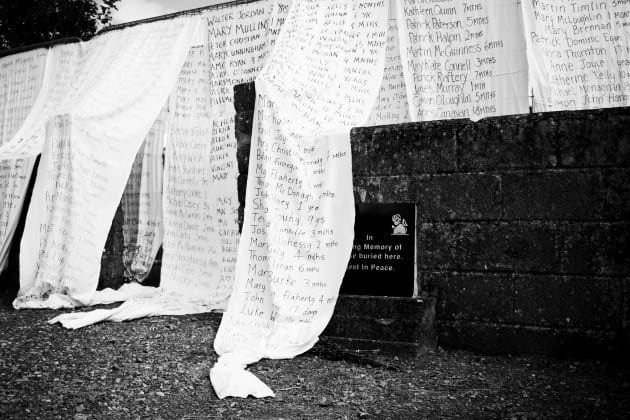 The situation has changed significantly since this first came to the public eye.

Where it was initially said that any remains at the site would be unidentifiable, advances in genetic technology in the past few years have meant that it would be possible to take DNA samples from the children.

Those could be compared with samples from living donors who want to uncover the fate of relatives.

While legislation is making its way through the Dáil, Taoiseach Varadkar said the government “can start appointing the experts and the ground team who’ll be doing the actual work.”

He said that he didn’t believe that any kind of excavation of this size had taken place in Ireland before, but the government was convinced “this is the right thing to do, to remove the remains and to give those children a proper decent burial they didn’t get.

The full cost of the excavations could run as high as €12 million, the majority of which will be borne by the taxpayer.

The Bon Secours Order, which ran the Mother and Baby Home from 1925 to 1961, has offered a contribution of €2.5 million to the cost.

Children’s Minister Katherine Zappone wrote to Pope Francis over the summer saying the church had to accept responsibility for its role in this tragedy.

She said the Catholic Church should voluntarily make a significant financial contribution to the cost of dealing with this.

In a brief response to her letter Pope Francis said that he was praying for the efforts of the government, but made no mention of a contribution.

What happens with the excavation of the Tuam Home will have a significant impact on the work of the Mother and Baby Homes Commission of Investigation.

The Commission was established in response to the Tuam story emerging and is investigating Mother and Baby Homes around the country.