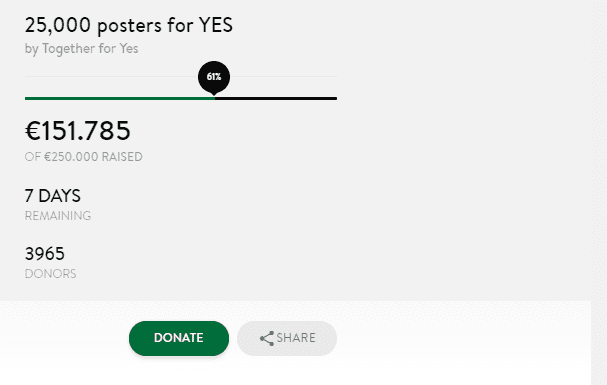 The Together for Yes campaign has raised its target of €150,000 in under seven hours.

The eight-week referendum campaign is underway and the anti-abortion campaign has raised €400,000 since January.

Together for Yes is now aiming to get enough money from its CrowdFund campaign for 25,000 posters.

Together for Yes Galway launched last week in the city, attended by doctors, politicians and members of the public.

At the launch, Hildegarde Naughton TD said: “I think it’s very well run, and I think if we had more of this engagement right throughout the country, and get the facts out there, again from the medical and the legal perspective as well as womens’ personal experiences. I think it’s a very good approach to this campaign.”