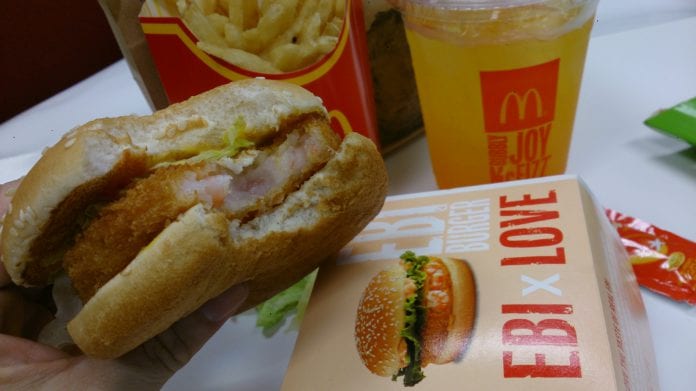 Galway East TD Anne Rabbitte has written to two government ministers arguing that McDonalds should not be a sponsor of the Big Big Movie on a Saturday evening.

Deputy Rabbitte says that thousands of children look forward to watching the Big Big Movie and that is not right that they are encouraged to associate this fun time with fast food.

The Fianna Fáil TD wrote letters to Minister for Health Simon Harris and the Minister for Communications Denis Naughten as well as Professor Donal O’Shea, the HSE’s Clinical Lead on Obesity.

Deputy Rabbitte explained: “Childhood obesity is a huge issue in Ireland. Almost one third of children in Ireland are now overweight, which represents a 10-fold increase in the rate of obesity among Irish boys between 1975 and 2016, and a 9-fold increase among Irish girls.

“Childhood obesity is correlated with a wide array of serious health problems later in life. Overweight children are four times more likely to develop diabetes than children with a normal BMI. Additionally, childhood obesity is linked with a higher incidence of high blood pressure and high cholesterol, and increases the risk of strokes at a younger age.

“The extremely high incidence of childhood obesity in Ireland is a national crisis. At the same time, the Government continues to allow McDonalds to sponsor the Big Big Movie on RTÉ. This is in direct contradiction of Government policy and should be changed.

“Thousands of children look forward to sitting down in front of the Big Big Movie every Saturday, and it is not right that they are encouraged to associate this fun leisure time with fast food.

“I have written to Professor Donal O’Shea, the HSE’s Clinical Lead on Obesity, as well as Minister for Health Simon Harris and Minister for Communications Denis Naughten, asking them to reconsider this policy decision and to ask RTE to choose a more suitable sponsor for this piece of children’s programming.”