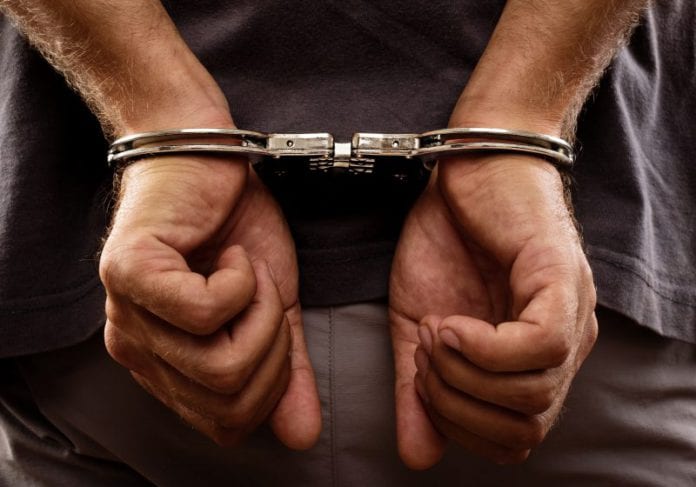 A thief who skipped town before his last hearing received a seven month prison sentence this week after being arrested on a bench warrant in Dublin.

James O’Malley (24), of 35 Cuan Glas on the Bishop O’Donnell road, was charged with three counts of theft and one count of failure to appear for skipping his last court date.

He pleaded guilty to all the charges leveled against him.

The oldest theft charge O’Malley faced was from November 19 last year, at Maxol in Whitestrand.

The court heard that at 7.15 in the morning, O’Malley stole €25 worth of groceries from the shop. He was identified from cctv, which showed that he wasn’t even trying to conceal his theft.

The defence said that O’Malley was very drunk at the time, and the €25 of items were actually sweets.

In addition, on February 18 this year, it was alledged that O’Malley stole a bottle of vodka from Aldi in Westside worth €22. The alcohol was not recovered.

Lastly, on May 11, O’Malley was detained by security at Debenham’s on Eyre street when he tried to shoplift a bottle of Hugo Boss scent worth €72. Garda Maria Freely was called to the scene by staff, and arrested O’Malley for the attempted theft.

O’Malley failed to appear at a previous court date in Galway, also to answer for these charges, on May 22. A bench warrant was issued for him on that day, and he was later arrested in Dublin and conveyed back to Galway.

Judge Mary Fahy challenged the defence’s assertion that O’Malley was holding up his hands and taking responsibility by pleading guilty.

She said she didn’t see any responsibility in his attitude, just: “Defensiveness, and no remorse.”

“He would not be here today, dealing with these matters, except he was arrested.” Judge Fahy added, dismissing any further attempts by the defence to speak before sentencing, “I have other cases to hear.”

O’Malley received a seven month prison sentence in total for three of the four charges.

For the drunken sweet robbery from Maxol, O’Malley received a one month concurrent sentence.